“Fair and Balanced” is fast becoming more slogan than operating system at Fox News, and nowhere is this seen more clearly than in the way Israel is increasingly being treated and the extent to which anti-Semitism is tolerated as part of the cable channel’s conversation.

Here are a few examples:


● For some time, Fox has been using Michael Scheuer as a commentator. Bill O’Reilly is most responsible for this, but Judge Anthony Napolitano also made Scheuer a regular. This pompous “head of the Bin Laden Desk” at the CIA foams at the mouth whenever he can steer the conversation to Israel.

In his book Marching Toward Hell, Scheuer gives us that nasty bit of anti-Semitic trope that “the war in Iraq…was instigated by U.S. citizen Israel-firsters and their evangelical Christian allies.”

His subliminal theme is that Israel exerts undue influence on U.S. foreign policy through a network of powerful lobbies, organizations and large political donors. Scheuer is ever ready to blame Israel and by extension its American supporters for all that is wrong in the Middle East – and Fox gives him platform to do that.

● Before Scheuer, O’Reilly’s “stand up guy” was Al Sharpton, who in 1991 referred to Jews in Crown Heights as “diamond merchants” and in 1995 helped provoke an anti-Jewish riot in Harlem that resulted in several deaths at a Jewish-owned store Sharpton tagged as being run by “interlopers.”

● O’Reilly also harbors Marc Lamont Hill, an offbeat academic who defends the likes of the execrable Ward Churchill, fired from the University of Colorado because of his characterization of the victims of 9/11 as “little Eichmanns.” In defending Churchill, Hill gives hint to where his own feelings are. O’Reilly continues to keep him on.

● Another negative trendsetter is Sean Hannity, who has given new life to Pat Buchanan, a man with a long history of making remarks widely considered anti-Semitic; a man characterized by columnist Charles Krauthammer as “fanning hatred for Jews with his sly and not so sly allusions to Jewish power, Jewish influence, Jewish disloyalty” and by Alan A. Ryan, Jr., a former Justice Department prosecutor, as “the spokesman for Nazi war criminals in America.”

This is the same Buchanan who said “Capitol Hill is Israeli-occupied territory”; who first coined the term “amen corner” in reference to American Jews who support Israel; and who claimed that U.S. entry into conflict with Iraq was driven by Jewish neoconservatives solely for the benefit of Israel.

It’s the same Buchanan who wrote, “If you want to know ethnicity and power in the United States Senate, thirteen members of the Senate are Jewish folks who are from two percent of the population. That is where real power is at.”

His presence on Fox besmirches the network.

● Then there is the constant ignorance of Geraldo Rivera. One only has to spend a few seconds listening to his reporting from the “occupied territories,” as he calls them, to gauge the depth of his ignorance of the facts on the ground. Most recently he had a tete a tete with his “old and dear friend” Hanan Ashwari, the dependable propagandist for the Palestinian narrative. Geraldo regularly parrots that Palestinian narrative.

● Most recently, Bob Beckel, on “The Five,” appeared to be channeling Sharpton when he referred to a group of Israelis meeting with Mitt Romney as “diamond merchants.” Bob and Fox must know that the term used in that way is redolent with stereotype and prejudice.

None of this is casual stuff. Anti-Semitism creeps into media environments like Fox News in innocuous doses, but soon becomes ever-present and accepted.

In the early 1990s the courageous William F. Buckley would not allow the anti-Semitism of a senior editor named Joseph Sobran to contaminate National Review, the magazine Buckley had founded in 1955. Buckley also publicly castigated the aforementioned Buchanan for his statements on Jews and Israel. There seems to be no such compunction at Fox.

What Bill Buckley did was exhibit a moral courage that most of the media lack and that Fox is now losing. It takes courage to do the right thing and Fox doesn’t seem to have it as it starts its descent into that cauldron of opinion in the so-called middle where right and wrong are always relative and never absolute. 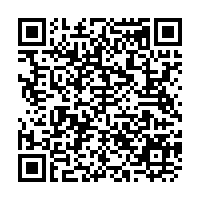