The recent murder of nine African Americans as they worshiped in a South Carolina church has renewed discussions of matters of race in America. For Jews, meanwhile, attention has been focused on the raw, vitriolic anti-Israel bias on campus, which often bleeds over to outright anti-Semitism.

Yet an old-fashioned, KKK kind of blue collar anti-Semitism has been ongoing right here in New York’s Catskills region.

The Pine Bush board of education recently settled with Jewish plaintiffs for $4.48 million in response to several egregious anti-Semitic attacks on children, which included pennies being stuffed down a student’s throat and Nazi salutes.

In Bloomingburg, a member of the town council asked the town attorney “How do we keep the hasids [sic] out?” when townspeople realized a Jewish real-estate developer was planning to build apartments that would house Jews in their town. Jewish-owned stores have been vandalized, Jewish women have been spat on, a large cross was erected near the proposed housing site, and the town allegedly illegally conspired to keep Jews out by using phony zoning restrictions.

This was spelled out in a $25 million suit brought by the developer against the town, which was viewed by a U.S district judge to be sufficiently meritorious to proceed.

The fascinating aspect of this Jew hatred is its retro nature. Here is anti-Semitism shorn of its contemporary anti-Israel patina; this is the 1950s-style “Christ-killer” anti-Semitism we told ourselves was long dead.

Our attention has been focused on university-based hatred of Israel, which we know to be fueled by anti Semitism. But the events in Pine Bush and Bloomingburg remind us that despite what pollsters tell us, and regardless of the high intermarriage rates among the elite bicoastal classes, there remains a powerful reservoir of working class blue-collar anti-Semitism just under the surface ready to erupt at the slightest “provocation.”

What are the 70,000 local Sullivan County residents like? Fourteen percent failed to finish high school; 21 percent graduated from college. Median family income is $48,000. So this anti-Semitism is truly the classic underclass resentment of “rich” Jews.

Hence the giant cross that was erected in front of the proposed Bloomingburg housing project. To Christians, the cross is a symbol of love and faith; to many Jews, however, it conjures up memories of centuries of violent anti-Semitism and the cross burnings of the KKK (which, as it happens, was active in Sullivan County in the 1920s).

The Bloomingburg cross might as well have been a billboard proclaiming, “Here’s the old-fashioned anti-Semitism experienced by your grandfathers and fathers, on public display in New York State after a lengthy absence.”

I am part of a family that has been coming to the Catskills for six generations and I now live there part time. As such, I am afforded both the “insider” and “outsider” perspective on this sorry story of bigotry.

Running through all the responses to this anti-Semitism is a consistent, overwhelming pattern of denial as well as abandonment – coupled with a sickening blaming – of the victims.

The local Jewish community, wealthier and better educated than the general populace and fearful of making waves, studiously avoids engaging on this topic. No op-eds, no thundering pulpit denunciations, no calls for introspection have been forthcoming from local Jews.

So also with the Christian power elite, such as it is, in Sullivan County. The silence has been deafening. No one – from the County Executive to local civic clubs to the local press (with one exception) to Christian clergy to other minority interest groups such as the local NAACP – has raised a voice in support of the claimants against the bigotry they know to be rampant in their community.

And why should they? Do they need to be “more Catholic than the pope”? If the Jews themselves deny the problem, why should others take up the fight?

Transfixed by Ferguson, Charleston, Eric Garner, and other examples of African Americans allegedly killed or mistreated by police officers, American Jews are totally uninvolved with, and totally disconnected from, the acts of hate directed toward Sullivan County Jews.

Abandoned by their Jewish peers locally as well as the larger American Jewish community, and ignored by local non-Jewish leaders, the claimants, thankfully, have been provided a measure of relief by continuing judicial review of their claims.

In his recent book, Ally, former Israeli ambassador to the U.S. Michael Oren, himself American born and raised in New Jersey, bemoaned what he saw as the excessive American Jewish obsession with tikkun olam at the expense of Jewish-centered issues. Although he was writing about American Jewry’s growing disconnect with Israel, the mess of Catskill anti Semitism, or rather American Jews’ response to it, is part and parcel of the same phenomenon.

How sad that we are so eager to rush to the defense of others while having nothing to say or do when our own children are tormented for being Jewish. And how damning that we pretend not to notice when our own brothers and sisters are persecuted for being chassidic and wanting a piece of the American dream only to be told, “Sorry, Jews like you are not allowed here.” 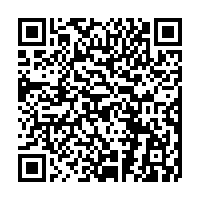