Only three weeks after a memorial site for 25-year-old terror victim Danny Gonen was unveiled at the site of his murder, bloody-red painted Arabic words were sprayed all over the shining plaque and dawn-colored stone memorial, Channel 10 reported Sunday (Sept. 10).

The name “Fatah” – the ruling faction of the Palestinian Authority – both led by long-time chairman Mahmoud Abbas, who also leads the Palestine Liberation Organization, is scrawled in big dripping Arabic letters.


Fierce horizontal red lines cross out the black Hebrew engraving on the silver plaque that honors Gonen. Police have opened an investigation into the vandalism that defaced the memorial that stands to remind those passing by that although the spot seems tranquil and serene, Palestinian Arab terrorists have ensured it is not always so.

Danny Gonen was shot to death there on June 19 while returning from a hike with his friend Netanel Hadad, with whom he had just finished swimming in the Ein Buvin spring. The beautiful body of water is located in a mountainous area between the Jewish community of Dolev and the Palestinian Arab village of Dair Ibzi.

Driving back toward the main road, Gonen and Hadad were flagged down by an Arab who seemed to be asking for help. When the two stopped their car, the man asked, “Is there water in the spring?” – and then shot them at point-blank range.

Gonen was shot in the upper body and was transferred, unconscious and critically wounded, to Tel Hashomer Medical Center by IDF helicopter where he was pronounced dead. His friend was moderately wounded.

An electrical engineering student at Bar-Ilan University, Gonen was the eldest of five siblings who grew up in Lod and attended the hesder yeshiva in Ma’aleh Adumim. After his father’s death several years ago, he took on responsibility for his younger siblings, the Ministry of Foreign Affairs explained in a statement. His sister Rotem said that Danny, as the eldest, was a father figure to his younger siblings after their father had passed away.

One of the terrorists – Mohammed Abu Shahin, a Fatah member from Qalandiya, confessed to murdering Gonen. Four other terrorists from the village were also arrested on suspicion of aiding and abetting Abu Shahin in the murder, as well as participating in other attacks.

May Danny Gonen be avenged.

Hamas, Fatah, Pledge on their Honor to Guarantee Success of Upcoming Elections 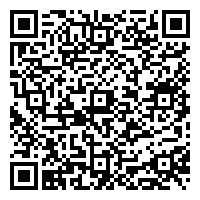