The atheist movement is not what it once was. Once upon a time, atheists used to present calm, philosophical arguments against the existence of G-d. Today, it is an outspoken and fearless community. The “live and let live” approach that many atheists followed in the past is being replaced with open verbal hostility towards G-d and religion as a whole.

Many of this generation’s most influential atheists want the world to know that religion does more harm than good and that religious people are not harmless; they are actively advancing dangerous views that endanger our very existence. In his 2006 bestseller, The God Delusion, for example, Richard Dawkins engages in a character assassination of G-d Himself. At one point he unleashes a rant against the “G-d of the Old Testament” that Rabbi Lord Jonathan Sacks has called “anti-Semitic.”

Interestingly, many atheists will tell you they believe religion is pushing a moral code that at its worst calls for heinous acts to be committed against non-believers, and at its best does not help people live an enhanced moral life.

Unfortunately, I think there is some merit to this argument. The sad truth is that many aspects of religion – even Judaism – have been twisted and spoiled by fundamentalists and extremists, resulting in a faulty perception of what it means to be religious.

It’s not just extremists that give religion a bad name. Regular people do as well. Failing to live up to the moral values inherent in the Torah, specifically the ideals of bein adam l‘chaveiro, can often cause others to develop a negative feelings towards Judaism.

We cannot please everyone, and not everyone will agree with all aspects of Torah morality. But if atheists are looking at us as religious people and believe we are hurting or otherwise bringing society down by how we act, something is wrong. In its best form, a Torah life should be viewed by the world as the ideal way to live. If that isn’t how it’s perceived, perhaps we need to alter our approach.

In his book, God Is Not Great, atheist Christopher Hitchens concludes that it is “impossible to argue that religion makes people behave in a more kindly or civilized manner.” Interestingly, Hitchens states in that same book that if a religious person were to conduct him or herself on a higher moral level, even he would be less disturbed regarding many aspects of religion that he otherwise finds contemptible.

Hitchens correctly points out that it’s up to us as religious people to show the world that we are worthy of being viewed as moral and good. If we do, we can quiet the arguments against G-d and religion and demonstrate that those who truly follow Him are indeed living the best life. If we don’t, we further the atheists’ cause.

Every time we fail to live up to the true ideals of Judaism and let bein adam l’chaveiro fall by the wayside, atheists throw a log into their verbal bonfire. But when we treat others with heartfelt respect, compassion, comradery, and concern – whether Jewish or not – we have the ability to pour water on it.

We know the Torah is the prime source of morality in the world, and we know that when practiced correctly it turns us into the epitome of a good and moral people. If through our own actions we are not viewed as such, perhaps we need to rethink our approach and our message. 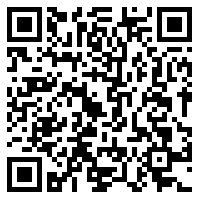