At 5:30 in the morning on a recent Wednesday, my husband was awakened by a phone call from our son, Noam, in Beer Sheba.


He made the call because the sirens went off after a missile came perilously close to that city’s population center. This was one of more than 50 rockets that had been launched into Southern Israel from Gaza in the previous several days.

My daughter-in-law, Ali, who commutes from Beer Sheba to Hebrew University, got on the bus to Jerusalem that day only to learn a terrorist attack had occurred just a few miles away from where she was, at a bus stop she often uses. The attack, the first in Jerusalem in several years, killed one woman, Mary Jane Gardner, 55, and left dozens wounded, some critically. Another phone call was made to tell us: “If you hear anything about a bus bombing in Jerusalem, don’t worry, I’m OK.”

This is life in Israel. Israelis know what they’re up against. They know they’re living in the midst of an earthquake. They’re well aware of the dangers of living on this shaky ground. But they’re plucky and self-reliant. After each terrorist attack or bus bombing they pick themselves up, clean up the damage, and move on. Advertisement

They know that now more than ever there are rival terrorist groups itching to have Israel get into the fight. They know that to some of these gangs, Jewish blood is a trophy to hang on their wall.

Israelis are well aware of the long tentacles of Iran stretching into every terrorist group. And they know that according to the latest IAEA report Iran has already compiled 3,606 kg. of low-enriched uranium (that we know of) and might already possess the nuclear warhead mechanism to deliver them.

Israelis know the ultimate trophy coveted by Iran – one that would win the Islamic Republic unparalleled prestige in the Arab world and finally settle the centuries-old tribal feud for the mantle of Muslim leadership – is nothing more or less than the destruction of the Jewish state.

They know Iran has provided training to Hizbullah and sent 50,000 to 60,000 missiles to its bases in Southern Lebanon and that Iran has also been providing money, weapons and training to Hamas in Gaza.

They know the rockets routinely fired from Gaza into Southern Israel now have a much larger and wider trajectory. The attacks have forced schools to be temporarily shut down in Ashdod, Ashkelon and Beer Sheba. Psychiatrists have been reporting frequent and sever symptoms of trauma in the school-age population.

Israelis know international public opinion holds Israel to a standard that would be impossible for any other nation of the world to live with. They realize the world scrutinizes their every move. They’re well aware of the stakes of military engagement.

They know that if, in order to discourage further launching of missiles against its citizens, Israel decides to retaliate against Hamas (which Israel has the right to do according to international law and Article 51 of the United Nations Charter), the Palestinians will use their people as human shields and launch rockets from heavily populated urban centers.

They also know there’s been a two-year period of relative quiet coming out of Gaza only because Israel responded with force against Hamas in Operation Cast Lead in 2009.

Which brings me to my daughter, Rachel, who is going out seriously with a young American serving in the Golani brigade of Israel Defense Forces. Rachel’s boyfriend is proud to wear the uniform of the IDF. He is now being prepared to go from house to house, in case the command comes to re-enter Gaza. He is willing to do this not because he seeks death but because he values life.

Which brings me back to my son Noam. He’s a medical student in Beer Sheba who volunteers for a magnificent humanitarian organization in Israel called Save A Child’s Heart (SACH). This organization provides highly sophisticated cardiac surgery, free of charge, to any youngster in the world who needs it.

SACH has already operated on more than 2,500 children from 43 countries and runs a clinic every week at the Wolfson Medical Center in Holon for Palestinian children – not only from the West Bank but from Hamas-controlled Gaza as well – who need cardiac care. More than 1,200 Palestinian children have undergone open-heart surgery since the organization was founded in 1995. 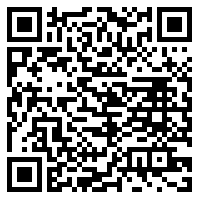