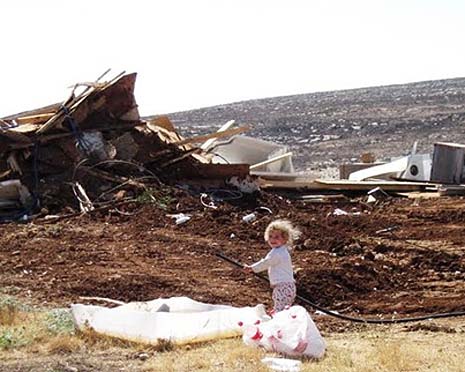 Last week, I brought a tour group to a place called Maoz Esther (or the “Fortress of Esther”). Esther Gallia, mother of seven, was murdered by Palestinian Arabs in 2006 near her home in a drive-by shooting.

Maoz Esther – near the site of the murder – was subsequently established in her memory.
The residents of Maoz Esther did not ask for permission from the authorities to establish the settlement on land liberated by Israel in 1967 and no such permission has been granted.


Maoz Esther is a few shacks, including a synagogue (which is awaiting a roof). In one shack live eight teenage girls. In another, a few hundred meters away, live some teenage boys.

The boys herd sheep. Their daily presence in nearby areas creates an ongoing Jewish presence beyond their shack or community, thus securing even more land for the Jewish people. If they weren’t there, the Arabs would quickly move in and yet another parcel of the Land of Israel would be lost. They want to prevent this.

The boys keep a sharp eye out for local Bedouin intruders as they guard their own and the girls’ shacks. The girls, up at the crack of dawn, divide their time between farming, working on neighboring communities, housekeeping, and studying.

I saw a large pile of debris lying next to the path to their shack. I asked them what it was. They told me that every few months, the police swarm in to demolish their shack (and brutally drag them out of their beds in the middle of the night). Once the police are gone, the girls pile the ruins in one spot and rebuild.

I thought: One day that pile will be a monument to Israel’s great folly. And instead of persecuting these idealistic youth, Israel should give them medals.

Ahuvia Sandak lived in the boys’ shack and fulfilled his dream of following his father and grandfather in settling the land of Israel A few months ago, though, Ahuvia was killed when a police car, chasing his, rammed it. The car flipped and Ahuvia was killed.

The police suspected him of throwing stones at Arabs. They are now covering up the incident and preventing an investigation. In the decades of daily Arab stone throwing at Jews, there has never been a single case of hot pursuit and ramming. This tactic is reserved only for enemy number one: the “hilltop youth.”

In the meantime – in the political world – the makeup of Israel’s next government may rest in the hands of Mansour Abbas, head of Ra’am, an Israeli Arab party. This is a first in Israeli history.

The media and political establishment tell us to accept this reality as not only an unexpected result of a democratic election but as a welcome development representing enlightenment and progress. Vying for the support of Hamas supporters is actually a good thing, not a necessary evil, they tell us.

According to them, Abbas’s political power represents progress while the “hilltop youth” are preventing it.

If only they would understand that the very opposite is true. 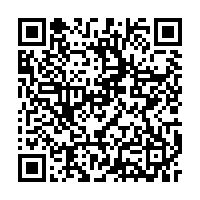