How many Jews have to be slaughtered by radical Muslim terrorists ’til we learn?


How many mothers, sons, daughters have to be murdered till we realize this is not a conflict about land or politics, but a war between a culture that worships death and one that values life!

I can’t sleep, so here are my two cents:

Yesterday, a Jewish woman was murdered in front of her children by a Muslim terrorist. The terrorist, who was employed in the town of Otniel decided it was time to murder a Jew. According to the reports, Dafna fought off the terrorist in order to protect her own children and paid with her own life. There are now 6 orphans and a husband who will never again see the woman he loves.

Dafna was a mother of 6 beautiful children and exemplified the difference between us and our enemies. Two of Dafna’s children are foster children and it was through kindness and the desire to give life to others that Dafna and her husband adopted these two children. It was this mother and her kindness that was the target of this hideous terrorist attack.

I know some will say this is not the time but I just can’t hold my tongue anymore! I cannot help but blame ourselves for the ongoing wave of terror that has claimed the lives of so many Jews. When we have Israeli organizations and our own people making excuses for terrorists and using the same claims the murders are using as they plunge their knives into our mothers, fathers, brother, sisters, sons and daughters!

Radical Islamic ideology has been after the Jewish people long before any settlements were ever on the ground, so excuses have to STOP!

I blame our own for giving terrorists power, guns, land and an accepted stand in the world. You can’t blame the U.N for raising the PLO terrorist flag when WE were the ones to give them guns!

The majority of Muslims in this area are not radical? Really?! I know there are Muslims who are against terror, but let’s stop making believe the majority in our neighborhood are for peace with Israel. Where is the ‘Breaking The Silence” of the Muslim sector? Where is the “Peace Now” voice of the Islamic community in Israel?

Where are all the backstabbing organizations that Israel has to deal with when it comes to the Muslim side?!

The Israeli left-wing organizations that work on the same premise and use the same claims as our enemies do, are the fuel with which our enemies are driven.

How much longer are we going to make excuses for those who are murdering us!

Don’t talk to me about a political solution when your definition of the problem is the same fabricated narrative that our enemies use to justify terrorism against us. How is that when one says they are for a “Two- State solution based on the borders of 1967”, they are called the “Peace Camp,” while those who say they are not willing to negotiate with TERRORISTS are the bad guys? 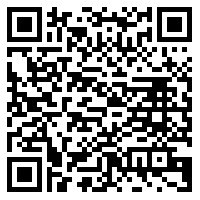