20 years after voters rejected ‘toilet-to-tap’ water, Los Angeles Democrats brag that they will be the first city in the state to pipe toilet water to faucets for the sake of the environment.

As part of the city’s version of the Green New Deal, a majority of Los Angeles water will be ‘toilet-to-tap’. California Democrats, who refuse to build new dams or do anything to expand water resources, are set to spend at least $12 billion on what they describe as “locally sourced” water which certainly sounds nicer than toilet water. The environmentalist elites will go on drinking bottled water and it will be the city’s poor drinking out of the toilet.

Environmentalists insist that nothing can go wrong even though a 2019 NIH hosted survey noted that “there have been relatively few health-based studies evaluating the microbial risks associated with potable reuse” and that California wants to achieve “a benchmark level of public health protection of 1 infection in 10,000 people per year”. That’s 1,000 people in Los Angeles County. The risks include “pathogenic bacteria, viruses, and protozoa” transmitted via a fecal-oral route” including Hepatitis A. A new reservoir might cost $4 billion, but environmentalists would rather spend three times as much on their toilet-to-tap plan.

‘Toilet-to-tap’ is just one of the multitude of ways that environmentalism creates an environmental hazard, threatening public health and undermining life in California.

No state has been as in love with solar power. With over 700 solar power plants and hundreds of thousands of residential solar panels, Californians enjoy an expensive and unreliable energy supply that leads to regular brown-outs. Solar panels generate their energy during the day, when most people aren’t home so that it goes to waste while being useless at night.

But in Hotel California, you can’t check out of subsidizing China’s exported solar industry.

As of 2020, California Democrats imposed a solar mandate requiring all new homes to have solar panels which added over $10,000 to the cost of a new home putting home ownership even further out of the reach of most people and making a mockery of talk of “affordable housing”.

The California Public Utilities Commission has admitted that the state has far more solar panels than it needs, but has argued that it should “dramatically overbuild solar” and then let it go to waste. Wasting a lot of energy has become the best way to stop waste and save the planet.

But that’s not all that’s going to waste.

With a lifespan of 25 years, the early generations of solar panels have begun to clutter up the state’s landfills. Ironically, only about 10% of the solar “green energy” solution are recycled and the rest represent a serious toxic waste hazard. Behind the illusion of clean energy is the grimy reality that solar panels break down and just turn into poisonous and dangerous trash.

Recycling, itself a scam, often just sends our waste abroad to poor countries. A New York Times article described how in Africa, laborers “break them open with machetes and drain the acid into the ground by hand” which “pollutes the soil and water with lead, which can lead to brain damage.” Actual recycling of solar panels is unworkable because it costs more to recycle them than it does to make them. So it’s just more economical to bury solar panels in landfills.

Faced with a growing toxic solar panel problem, the California Department of Toxic Substances Control reclassified them. In a press release typical of the state’s environmentalist puffery which always boast about being the first to pursue some disastrous policy, DTSC boasted that it was the “first in the nation” to “add hazardous waste solar panels to its universal waste program.”

Meredith Williams, DTSC’s director, claimed that lowering hazardous waste restrictions on solar panels was “another great step forward in our state’s efforts to put environmental protection first – both for the health and safety of our people and natural resources.”

California Democrats were boasting of being the first in the nation to ignore the environmental risks of an environmental policy in the name of the environment. The planet was being destroyed to save the planet. And people were being exposed to toxic chemicals to prop up the solar panel industry, its woke investors who finance the Democrats, and Chinese manufacturers.

California solar has become too big to fail. With billions in state subsidies and massive amounts of money seized from homeowners to fund the solar scam, the threat of lead and cadmium leaching into groundwater can’t be permitted to stop the environmentalist solar disaster.

As each generation of solar panels ages into oblivion, the solar trash problem will boom. And it’s just getting started. The hundreds of thousands of rooftop solar panels will either end up in the trash or will require spending twice as much up front to subsidize their eventual disposal.

While California Democrats fight to shut down the state’s nuclear power, they double down on solar which as Michael Shellenberger has argued, “produced 300 times more toxic waste than high-level nuclear waste.”

California’s solar subsidies will not only put homeownership further out of reach but are set to cover the state in toxic trash. Solar panels are worthless as energy and they’re worthless as trash. Governments have to mandate and subsidize their installation and then their disposal.

The situation isn’t much better with the ubiquitous wind turbines whose blades can’t be recycled.

Much as solar panels are filling up landfills, so are wind turbine blades. And those blades which “can be longer than a Boeing 747 wing” will first have to be cut up with a “diamond-encrusted industrial saw” and then hauled away on tractor trailers to massive landfills.

Fiberglass blades aren’t biodegradable and burning or crushing them releases toxic fibers that have been linked to everything from skin reactions to lung disease.

Inhaling fiberglass dust is potentially dangerous. Especially from something the size of a jet wing. That just leaves one option. The same option as for nuclear power. Bury them.

Wind turbines, which were supposed to save the environment, are piling up in rural areas in Wyoming, Iowa and South Dakota.

“The wind turbine blade will be there, ultimately, forever,” an energy company executive admitted.

So much for clean energy saving the planet.

Environmentalists agonize over the 85,000 metric tons of spent nuclear fuel in the United States when a single wind turbine blade can weigh 12 tons. It’s estimated that by 2020, wind turbine blade waste will amount to over 2 million tons or 1% of landfill capacity.

The green agenda isn’t saving the planet, it’s destroying it and harming people.

Environmentalism is an environmental hazard that threatens both the ecosystem and public health. From the solar panel lead in the groundwater to the wind turbine fiberglass in your lungs to the toilet water in your sink, there’s nothing ‘clean’ about the environmental agenda. 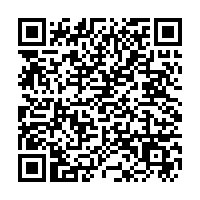