As a politically conservative Jew with a strong attachment to Israel, I commend you, a liberal non-Jewish Democrat, for your strong public stance in favor of the Jewish state. Your recent speech on the floor of the U.S. Senate, widely circulated on YouTube, directly contradicts the sentiments of our president vis-à-vis Israel as expressed in his June 4 Cairo speech and in other contexts.


I hope and pray that your forceful rejoinder to the president’s mischaracterization of Israel’s founding premise ushers in a growing chorus of similar repudiations of the president’s Israel policy from congressional Democrats and Republicans alike.

In light of the heinous act of violence by James von Brunn, the neo-Nazi who murdered a security guard at the U.S. Holocaust Museum, you are quite correct in your assertion that anti-Semitism has not been eliminated. You rightly condemned anti-Jewish words and deeds in America, Europe and the Middle East. But I was especially gratified by your focus on the issue of Israel’s legitimacy as a Jewish state.

Barack Obama asserted that Israel’s founding in 1948 as an independent state was a direct result of centuries of oppression of Jews in Europe culminating in the virtual elimination of European Jewry by the Nazis. Superficially a condemnation of the Jew-hatred that resulted in the Shoah, Obama’s locution planted the seed of doubt about Israel’s legitimacy in the Middle East. According to this view, Israel’s existence is nothing but an artifact of European post-war guilt. Why should Arabs continue to suffer for the misdeeds of Germany and its sympathizers when Jews are perpetrating morally reprehensible acts of their own against Arabs?

In a powerful riposte you made the undeniable case that modern Israel’s re-establishment as a nation-state is rooted not in the Holocaust but in events occurring in the time of Abraham: “The argument for Israel’s legitimacy does not depend on what we say in speeches … it has been made by history.”

The Arabs have invented a narrative that insists that in anticipation of its declaration of independence in 1948 the Jews of Israel forcibly evicted the Arabs of “Palestine” from their homes. Many Americans – non-Jews and Jews alike – are unaware that this nakba (“catastrophe”) did not happen. This is not to deny that isolated acts of brutality and terror by Jews occurred during that time period. But as historian Mitchell Bard points out, “The Palestinians left their homes in 1947-48 for a variety of reasons. Thousands of wealthy Arabs left in anticipation of a war, thousands more responded to Arab leaders’ calls to get out of the way of the advancing armies, a handful were expelled, but most simply fled to avoid being caught in the cross fire of a battle.”

To listen to Obama, it would appear he has bought into the Arab false narrative without reservation, which explains his willingness to solve the Arab “refugee” crisis at Israel’s expense. You, however, pointed out that while 700,000 or so Arabs left Israel either voluntarily or under pressure from leaders of the surrounding Arab countries, an equal number of Jews were expelled from Arab and Muslim lands they called home for a millennium. At last check no Jew has asked these countries for reparations, territorial concessions or a right of return.

Unlike Obama, who apparently believes an irredentist terror group like Hamas, which currently “governs Gaza,” can be brought into a unity government with Fatah and negotiate peace with Israel as its equal, you state correctly that there is no moral equivalence between Israel and Hamas:

Israel is a sovereign democratic state of Jews, Muslims and Christians…. Hamas is a terrorist organization which won control of Gaza when men in ski masks waged gun battles with another branch of Palestinians. Hamas then used their control of Gaza to launch rockets at sleeping children in Israeli cities. This is the thanks Israel got for withdrawing from Gaza. Hamas does not recognize agreements that Palestinian leaders have made with Israel, does not recognize Israel’s right to exist at all and in fact is ideologically committed to Israel’s annihilation.

I wish our president and his secretary of state were possessed of such simple moral clarity. While we dole out a billion dollars to Gaza, its bloody regime continues to import arms financed by Iran and Syria with the help of Egypt and Sudan for the sole purpose of killing innocent Jews. 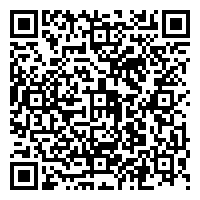