“To transfer ownership of Arab homes to Jewish families” clearly annoys the Times. But when is a “purchase” a “transfer”? Only, it seems, when Jews use tax-exempt funds to buy property from Arabs. It is a “surprising juxtaposition,” at least to the Times, that private donors are permitted to make charitable contributions to Israeli projects that incur presidential or diplomatic disfavor. Yet its reporters acknowledge that most donations go to established settlements that are likely to become part of Israel in any peace agreement.

And it turns out, as the Times briefly noticed, the Free Gaza Movement and left-wing Peace Now, to cite only two examples among many, also make tax-free donations to causes of their choice. So does the New Israel Fund, which has donated more than $200 million to radical left-wing Israeli organizations. But it seems unlikely that the Times will soon investigate and report on page one NIF’s fund-raising sources, or complain about its tax-exempt status.

In the end, the Times seems acutely uncomfortable with the historical reality that settlement in the Land of Israel has defined Zionism from its inception at the end of the 19th century. But even if one dismisses, as the Times is inclined to do, biblical promise, historical rights, and Israel’s defensive wars for survival in 1948 and 1967 as boundary determinants, international law long ago assured Jews the right to settle on the land west of the Jordan River.

The League of Nations Mandate, approved in 1922 and never revoked, recognized “the historical connection of the Jewish people with Palestine” and “the grounds for reconstituting their national home in that country.”

Under the Mandate, Jews were guaranteed the right of “close settlement” throughout “Palestine,” geographically redefined as the land west of the Jordan River. This guarantee, never abrogated, protects the right of Jews to live in Tel Aviv, Jerusalem, Hebron – even Har Bracha.

Furthermore, United Nations Resolution 242 (following the Six-Day War) declared that “a just and lasting peace in the Middle East” should include the withdrawal of Israel from “territories.” When that peace comes, if it does, Israel surely will return “territories.” But it is not required to relinquish all the land its aggressively hostile Arab neighbors had inadvertently bestowed upon it.

Despite the Times’s fixation on “illegal” settlements, international law does not prohibit Jewish settlement. A perceptive Times reader, responding to the July 6 article, asked why Jews in Jerusalem and Hebron are considered obstacles to peace while Arabs in Haifa and Jaffa are not. Why, indeed? “The hypocrisy,” Richard Gertler rightly concluded, “is blatant.”

If 300,000 Jews, in Har Bracha and more than one hundred other settlements, are removed from their homes, should not an equivalent number of Arabs now living in Israel suffer the same fate? If not, why not? Because there is a reprehensible double standard, vividly on display last week in The New York Times, that discriminates against Jews in their own homeland. 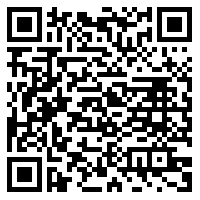