How did we survive?

Can you imagine that day?

The First Temple: never had there been a more perfect society. An entire people dedicated to the service of God. Dignitaries from the four corners of the world came to witness the glory of the Kingdom of David and the shining Temple on the Hills of Yerushalayim.

Kohanim in their holy attire, prophets speaking the word of God, the Sanhedrin dispensing law directly from the will of the Ruler of the Universe – an entire people whose perfectly-ordered existence reflected the will of the Creator. Holy children, shining in their innocence, astounding in the depth of their understanding. Talmidei chachamim filled with the knowledge of Torah, their every movement and expression a reflection of the Divine Will. Peace. Tranquility. Abundance. And not simply in this world: it would lead to the Next World as well.

And it was all destroyed.

“On this night, weep and wail, my children. For on this night my Holy Temple was destroyed and my palaces were burnt down. The entire House of Israel shall lament over my agony and bewail the conflagration” (Kinnos 3, Tisha B’Av).

The Second Temple: Can you imagine the hopelessness? Where could you find hope? An entire people dispersed to the four corners of the world. How could we ever survive as a nation? How could we ever even begin to maintain our holy way of life? How could we hold on to the Torah? How would we survive the utter blackness that confronted us on that day of catastrophe?

If you look in the Torah you will see there have been many occasions on which it seemed the world was ending. In fact, the world actually did end on many occasions. But God has decreed t’chias hameisim – resurrection of the dead. Consider the following:

The brutal persecutions of our seemingly endless current Exile, culminating in the unspeakable events of the Holocaust.

And finally, the events of today, as the entire world is gathering against the Holy Land, by sea as well as by land, converging from sides. All our former “friends” are turning against us as a new Tisha B’Av threatens to overwhelm us, God forbid.

What are we to do?

The amazing fact is that we have survived all these catastrophes. We are still here. We still grasp onto our Torah with all our strength. Even the assimilated Jew knows he is a Jew.

Every event that occurs to us has been predicted, and this in itself is proof that there is a Ruler of the universe. In a way, it is shockingly simple. We say twice a day, “Beware lest your heart be seduced and you turn astray and serve gods of others and bow to them. Then the wrath of God will blaze against you and you will swiftly be banished from the goodly land which God gives you” (Shema, Deuteronomy 11:16-17).

This is terrible and incredibly comforting.

For if the Torah predicted it all, that means that God is in His Place. The ancient Truths are in place. Nothing has changed. This means that if we caused it by allowing our hearts to “be seduced” by “turning astray” and “serving gods of others,” we can fix it by dedicating our hearts to torah, turning back and serving God.

We can fix it.

When ancient Egypt collapsed, all the Egyptians collapsed with it. The greatest culture in the ancient world was swallowed up in the Ten Plagues and the Red Sea. There was nothing left! Imagine being an Egyptian in that utter catastrophe. Even if you survived physically, how could you avoid total hopelessness and despair? 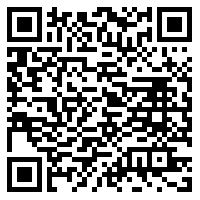