The Bloomberg’s David Rubinstein Show recently interviewed Prime Minister Benjamin Netanyahu and asked about how is it that Israel is such a great success story? How it succeeds, despite its location in a very tough neighborhood?

When you are outnumbered by neighbors seeking your destruction, failure is simply not an option. This is the “sauce” behind Israel’s success. The need to survive, in a harsh climate with few natural resources and with hostile neighbors, nourished a national Israeli mindset characterized by innovative improvisation and finding solutions to daunting problems.

Thinking outside the box, turning serious disadvantages into distinct advantages and pushing the envelope, quickly became a necessary way of life for the Jewish state. Israeli chutzpah and the Hebrew expression “ein brera” (no alternative) is the oxygen of the Jewish nation’s unlikely success story against all odds.

Few military experts at the time believed that the reborn Jewish state would survive the united Arab military onslaught in 1948. Against all odds, the persecuted Jewish people built one of the world’s finest and most powerful armies, the Israel Defense Forces. However, IDF is far more than highly advanced military technologies and skilled manpower.

From its humble inception, Israel was driven by an unrivaled fighting morale where soldiers at the front were fully aware of the fact that they were fighting for the lives of their loved ones at home. The late Prime Minister Golda Meir captured this unique Israeli spirit with the timeless statement: “We Jews have a secret weapon in our struggle with the Arabs; we have no place to go.” The feeling of fighting with the back to the wall enabled the tiny Jewish state to defeat numerically superior enemies.

Up until 1967, Israel largely relied on French military technologies. However, systematic Arab aggression and a French arms embargo on Israel, pushed the Jewish state into developing its own advanced military industry that developed unique technologies that soon became admired worldwide. In 1948, Israel was fighting for her existence with imported old surplus weaponry.

In 2018, Israel has one of the world’s most sophisticated military industries and is one of the leading arms exporters. Israel turned security threats into opportunities and became a pioneer in the development of drones and developed the world’s most advanced anti-missile systems, the Iron Dome.

The late British-Jewish philosopher Isaiah Berlin famously described the condition of the Jewish people:  “the Jews have too much history and not enough geography.” Israel is not only a tiny sliver of land. Over half of the territory consists of desert and the country suffers from chronic rain deficit.

With a growing immigrant population to feed, Israel was pressed to find a solution to this existential problem. This led to the development of Israeli drip irrigation techniques, making deserts bloom through maximum use of every drop of water. Desalination plants and wastewater purification technologies have turned Israel into a leading exporter of advanced water technologies, including producing drinking water out of thin air.

Scarce farming land led to highly advanced agriculture that maximizes crop per acre. Today, the land of milk and honey has the highest milk production per cow. Israel’s sophisticated farming and water technologies are used worldwide from California to Australia, from Africa to China.

With an abundance of sunshine, Israel is a world leader in solar energy and shares its expertise worldwide to countries with similar climate conditions. Does fishing or strawberries in the desert sound far-fetched? Think again. Israeli farming technologies turned deserts into productive farmlands and fishponds that provide high-yield and low-cost source of protein.

Lack of natural resources was a blessing in disguise that turned Israel into a world leader of science and cutting-edge technologies. The Israeli military became an excellent trial and error laboratory for innovative technologies with dual usages that dramatically benefited the civilian sector. ReWalk is an example of a unique Israeli technology that enables disabled people including war veterans to regain a sense of autonomy and dignity.

While Israeli drivers have a reputation for their Mediterranean temper, Israeli companies like Mobileye are key players in the emergence of an autonomous driving industry. In 2017, Intel bought Mobileye for a whopping 15 billion dollars. This underlines the importance of these revolutionary technologies that will improve driving safety worldwide.

Israel’s struggle for survival has also turned the country into a world-leader of anti-terrorism expertise and quick emergency response. The World Health Organization ranked IDF’s emergency relief hospital as the best in the world. Israel has also revolutionized medical treatments worldwide with pill cameras, non-invasive surgeries and preventing heart attacks with techniques that keep formerly blocked artery areas open. Israel’s experience in treating wounded soldiers, led to the development of Better Bandage, a unique life-saving product that immediately controls massive bleeding and prevents infections. It is now a standard issue used by the US and Israeli militaries as well as by most NATO forces.

Unlike many societies where mistakes are considered shameful, the Israeli mindset sees them as an integral part of life, leading to new knowledge. This explains why Israel, not Singapore and South Korea, became a leading entrepreneurial start-up nation.

Israel was recently ranked as the world’s eleventh most happy nation. The Jewish state is also ranked as one of the most powerful and innovative countries in the world. Quite impressive for a country that few military experts believed would survive its war of renewed independence merely 70 years ago.

The modern Zionist movement’s father Theodor Herzl’s timeless words capture the essence of the successful Israeli spirit: “If you will it, it is not a dream.” 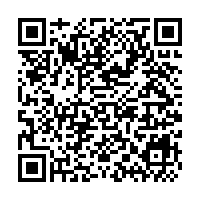