Israel Police have arrested eight Arab residents and merchants in the Old City of Jerusalem since Sunday in connection with the terrorist murder of 32-year-old Adiel Kolman of Kochav HaShachar, an employee with the City of David excavation project in Jerusalem.

Kolman, who was repeatedly stabbed in the chest and upper body by 28-year-old Abed al-Rahman Fadel, struggled with the terrorist until police arrived. He was rushed to Shaare Zedek Medical Center in the city but succumbed to his wounds a few hours later.


Fadel, a resident of the Palestinian Authority village of Aqraba near Shechem (Nablus), had been allowed to enter Israel on a five-day permit to look for work. He was shot and killed by police while fleeing the scene after stabbing Kolman.

The suspects, ranging in age from 15 to 67, were taken into custody because they “noticed the incident and didn’t act to prevent and/or minimize the harm to the murdered civilian,” police said in a statement.

Two of the detainees were released after questioning. The Jerusalem Magistrates Court ordered the other six suspects released to house arrest following their arraignment on Tuesday.

A gag order has been placed on other details of the investigation into the murder. 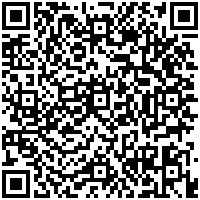