Israel has lifted military censorship on the bombing of a North Korean built Syrian nuclear reactor in September 2007.

“On the night between the fifth and sixth of September 2007, Israel Air Force jets attacked and destroyed a nuclear reactor under construction in the Dir ez-Zur region in Syria, some 450 kilometers north of Damascus,” a statement read.


“The operation to destroy the reactor, code-named “Operation Out Of The Box” was carried out by fighter jets following an intensive intelligence operation over a continued period of time, and removed a nuclear threat from Israel and the entire region,” the statement continued.

Until now, Israeli media were unable to directly attribute the strike to Israel, instead having to quote ‘foreign sources.’

Lifting of censorship coincided with the publication of the memoirs of Ehud Olmert, the prime minister at the time of the incident, and follows a petition to the High Court of Justice by the Channel 10 investigative TV program ‘HaMakor’ to be allowed to air interview with Olmert and then Mossad chief, the late Meir Dagan, on the bombing of the reactor.

Lt.-Gen. (Res.) Gabi Ashkenazi, the IDF Chief of Staff at the time, said with regard to the bombing of the reactor that as soon as Olmert had charged the IDF with the task of destroying the facility, “it became clear to me that we had to prepare intelligence, operational and technological capabilities to remove the nuclear threat from Israel and the region and at the same time take action to prevent the situation deteriorating into a war – and if Israel was forced into a war then to win it decisively.”

Current Chief of Staff, Lt.-Gen. Gadi Eisenkot, OC Northern Command at the time of the bombing of the reactor said the message that should be taken from the incident is that “Israel will never accept an existential threat against it. That was the message in 2007 and that is the message to our enemies in both the near and distant future.”

Read: A Race Against Time: The Story of How Israel Decided to Bomb Syria’s Nuclear Reactor 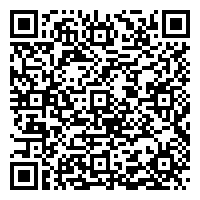