While the November 13, 2015, and the January 7, 2015, combined slaughter of 147 people in Paris were committed by Islamic terrorists, much of the responsibility for enticing these heinous acts lies at the doorstep of French policy-makers, who have appeased Palestinian and Islamic terrorists, with the former facilitating the penetration of Europe for the latter.


Since the 1960s, France has tolerated the presence, on French soil, of Palestinian terror organizations, operationally, logistically and diplomatically. Notwithstanding – and due to – French hospitality and support of pro-Palestinian proposals at the UN General Assembly and Security Council, many acts of terrorism against French, Arab, American and Israeli citizens have occurred on the French mainland: the July 31, 1975 PLO hostage-taking at Iraq’s Embassy in Paris, the April 3, 1982 murder of an Israeli diplomat, the August 9, 1982 murder of six patrons (including two Americans) at the Chez-Goldberg Restaurant, etc.

During the 1970s, France replenished the bank accounts of Palestinian terrorists, in order to avoid the wrath of terrorism, in general, and hijacking, in particular. In 1996, France prevented the addition of Hamas to the list of international terrorist organizations.

A new standard of appeasement was set in 1978, when French President Giscard d’Estaing, in collaboration with US President Jimmy Carter and the US foreign policy establishment, overruled severe opposition by the French Secret Service (DST), by providing political asylum to Ayatollah Khomeini, who was expelled from Iran and Iraq for incitement, subversion and terrorism. They embraced an arch anti-Western terrorist, stabbing the back of an arch pro-Western Muslim leader, the Shah of Iran, “the Policeman of the Gulf.” Those two presidents generated a very effective tailwind to the Khomeini Revolution, the most ferocious, megalomaniacal, supremacist, Jihadist threat to Western civilization, destabilizing the Persian Gulf, the Middle East and the rest of the globe, undermining US and French homeland security, national security and economic interests.

From his cushioned exile in France, Khomeini orchestrated the campaign to topple the Shah, while preaching Jihad (holy war) against Western democracies and the abode of the “infidel.” Khomeini leveraged French recklessness and gullibility in order to advance the 14-century-old Islamic strategy of subordinating humanity to Islam through non-violent and violent means, through straight talk and double talk (Taqiyyah) and through provisional “peace” (Hudna’) accords, destined for violation once the Muslim side is strong enough to overcome the “infidel.”

On February 1, 1979, upon the demise of the Shah, France provided a red-carpeted Air France plane to chauffeur Ayatollah Khomeini – an eventual world banker of Islamic terrorism and the most oppressive Islamic regime – from Paris to Teheran.

France was aware of Khomeini’s terror-driven worldview, and of his prescribed school textbooks, which brainwashed Islamic youth in France and other countries into hating the “arrogant great Western Satan.” However, France preferred to sacrifice long-term national and homeland security interests on the altar of short-term convenience/wishful-thinking, assuming that “protection money” would spare France the wrath of the Ayatollahs. France failed to realize that fear, concessions and appeasement fuel terrorism, signaling to rogue regimes that terrorism pays off, thus dealing a lethal blow to moderate Muslims and to the prospects of regime change in Iran.

According to Amir Taheri, a top expert on Iran and a veteran columnist of the leading Saudi daily, a-Sharq al-Awsat: “President Mitterrand launched his appeasement of the Ayatollahs weeks after his election in 1981, releasing 31 convicted terrorists and lifting the ban on pro-terrorist publications, and an illegal radio station, allowing Palestinian [terrorist] groups to operate in Paris, feting Yasser Arafat, then the godfather of terror…. The Iranian embassy in Paris became the center of [subversive/terrorist] operations for Europe…. In 1983, eighty three French paratroopers were murdered in a suicide attack in Beirut, and the French Ambassador to Lebanon was assassinated…. in 1985, General Rene’ Audron of France’s Defense Department was assassinated [by Muslim terrorists.] A few months later, Paris was hit by a series of bomb attacks. In February 1986, a major shopping arcade and a hotel were bombed…. and there was an attempt to blow up the Eiffel Tower…. Throughout the Mitterrand appeasement, 93 people were murdered and over 800 wounded by terrorists….” Amir Taheri adds: “Mitterrand agreed to release $1 billion of frozen Iranian assets… [and] expelled key figures of the Iranian opposition who were in exile in Paris…. Iranian agents murdered 17 Iranian opposition activists in France…. Young men and women born and raised in France, but brainwashed into a deep hatred of everything to do with France and the West by years of [Islamic] propaganda…. ”

In defiance of contemporary reality, and well-documented 1,400 year old Islamic terrorism, but consistent with appeasement, French President Francois Hollande stated following the January 7, 2015 terrorism at the French satirical magazine, Charlie Hebdo: “Those who committed this act have nothing to do with Islam….” Hollande’s statements and policies on Islamic and Palestinian terrorism reflect his determination to learn from history by repeating – and not by avoiding – dramatic errors, dooming France and the West to exacerbated terrorism. 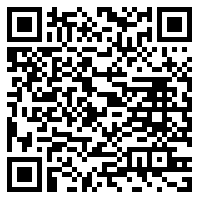