Avraham Puah, 19, was arrested by police after he began to sing Hatikvah on Temple Mount Monday. Police say the youth was guilty of trying to disturb the public order on Temple Mount, where Jews are forbidden to pray by government decree, which is enforced by a Jordanian Islamic agency and Israel Police.

The short clip recording his arrest show police circle him as one of them literally shuts his mouth with his hand.


As this report is being prepared, Puah is still in prison.

Avraham’s brother, Yehuda Puah, head of the Betzalmo organization, which defends the human rights of Jews, said in a statement, “It is shameful that under an allegedly right-wing government the nation of Israel is degrading to such an extent the place of our temple. The bigger the establishment’s alienation from the place grows, the greater the yearning for the building of the temple is growing as well.”

Of the three policemen who apprehended the slightly built Avraham Puah, one shoved a hand on his mouth and dragged him away, one looked on to testify in the future against the criminal in court, and one recorded the scene on his own video, in case no one believes the second policeman. 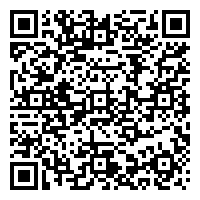