Whether or not Israel cooperates with a judicial team from the International Criminal Court, there is now likely to be renewed focus on the confrontation between Israel and Hamas between July 8 and August 26, 2014. Two issues in particular should come to the fore: the number of Palestinian casualties and the breakdown between civilian and terrorist fatalities.


According to both IDF and Palestinian sources, there were at least 2,000 Palestinian fatalities in the 50-day confrontation. There are grounds, however, to dispute this figure.

According to the Palestinian Central Bureau of Statistics, there were 4,609 deaths in Gaza in 2013, or a monthly average of 430 deaths. In the following year, when the confrontation took place, 6,774 deaths were registered, an unprecedented increase of 2,165 deaths that ostensibly could be attributed the conflict. As it occurred over 50 days, deaths during the period appear to have occurred at nearly triple the natural incidence of monthly deaths in the Gaza Strip.

Given the great expense of maintaining morgues, even the most advanced states in the world do not sustain surplus space in case of emergency. This means that when a considerable increase in fatalities occurs—from, say, 13 to 40 deaths a day—there should be scenes of overflowing morgues and a vast increase in burial activity at cemeteries. The phenomena are interconnected, in that a lack of morgue space calls for quick burial to avoid the spread of disease. Quick burial is also an Islamic religious obligation in a traditional religious society such as the Gaza Strip.

One can safely assume that had these scenes occurred, they would have been exploited by the well-oiled propaganda organs sympathetic to the Palestinian cause, such as the vast array of Palestinian “human rights” organizations, the UN’s OCHA, anti-Israel media such as Aljazeera, and of course Hamas, Fatah, the PA, and the many media organs they finance and control.

Yet the vast film coverage of the 2014 confrontation failed to produce any evidence of either overflowing morgues or an increased burial rate.

Instead, what one sees are so-called corpses in shrouds borne by mothers or relatives in processions or laid on the ground (rarely buried at the cemetery). The problem with these photos is that they defy the reality of decaying corpses in the summer heat of July and August in Gaza. A human corpse is a very pungent. Onlookers automatically cover their noses in the presence of corpses exposed to the heat to stave off nauseating odors. Yet the photos show people casually milling around these “corpses.” This is make-believe.

Another distinctive feature of the unshrouded “corpses” lying on the ground is that they show no signs of damage. Had they been killed by either bullets or the bigger ballistic ordinance used by the Israeli Air Force (or any other air force for that matter), the results would have been far gorier.

One has only to compare these photos with the gruesome photos disseminated by the propaganda arm of the Syrian Arab Army of people killed from the air or in ground fighting in Syria. They are almost never whole, as one would expect of targets of molten lead and undiscriminating shrapnel.

Hamas should be the first to concede that photos of whole bodies defies reality. When Israel targeted specific terrorists from the air, the victims were often described by Hamas media as having been torn to shreds, which often rendered them difficult to identify.

In addition to a debate over the number killed, in which one should seriously question the numbers released by the IDF itself, there is an even greater debate over who was killed—civilians or terrorists. Israeli sources contend that most were terrorists while the Palestinians claim the majority were civilians.

Video footage can help clarify this. One of the striking features of the footage is that Gaza residents can be seen running toward areas being hit rather than away from them. The automatic reaction to a ballistic attack is to flee from it. Outside Hollywood, rare is the person who runs toward such an attack.

Another strange characteristic of much of the footage of the 2014 conflict is the spectacle of Gazans milling around in areas adjacent to locations of attack. Attacks from F-16 fighter jets or strike helicopters generally keep civilians indoors and off the streets, to say the least.

So why did Gazans behave this way? Evidently, because the civilian residents of Gaza know that the IAF targets its enemy very carefully, and they themselves had a strong hunch of what was being targeted in their immediate vicinity—a missile silo, an arms depot, or a tunnel in which terrorists took refuge. In dense Gaza, it is difficult to keep these sites secret from the locals.

Will any of this evidence matter? Probably not. The verdict will likely be decided before the judicial inquiry even begins. But it is important that the State of Israel show this material to Israelis and to the world. As the victory of the Allies over the Axis powers demonstrated, rational decency prevails in the long term over irrational hatred. 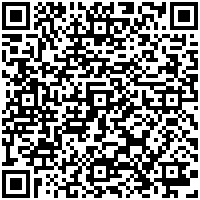