Everyone is courting Yamina chairman Naftali Bennett, who is scheduled to meet on Friday with Prime Minister Benjamin Netanyahu and on Saturday night with opposition leader and Yesh Atid chairman Yair Lapid – before meeting President Rivlin next week and telling him which of the two Bennett supports to form the next government.

At the same time, Religious Zionism chairman Bezalel Smotrich was so angry with the prime minister after Mansour Abbas’ speech last night (Ra’am Party Chairman Mansour Abbas: ‘The Time Has Come to Listen to Each Other’), that he refused to take a phone call from Netanyahu.


This is the second time that one of the Likud chairman’s potential coalition partners is so angry with him that he refuses to answer his call. The first time it was United Torah Judaism chairman Moshe Gafni who raged over the assistance Netanyahu provided to Smotrich’s party, which likely cost the Haredim at least one Knesset seat.

The two religious-right parties, Yamina and Religious Zionism, together won in the 24th Knesset elections more than in any previous election campaign going back to 1948 – 13 seats (7 and 6 respectively). But while Bennett has refused to announce with whom he would choose to cooperate to form a government, Smotrich committed even before the election to support only a Likud government headed by Netanyahu.

But now it’s Smotrich who is reconsidering that decision, because of Netanyahu’s plan to include the Islamic Ra’am party in forming his government. Despite his vigorous denials, the entire State of Israel already understands that Netanyahu must accept Mansour Abbas, which is why Abbas received unprecedented media attention for his short speech on Thursday night. No Arab-Israeli leader has ever received such dense exposure from the mainstream media. And his speech was compromising enough that anyone could take from it what they wanted – although everyone noted that Abbas appeared next to a green Islamic flag and not with the blue-and-white state flag.

Smotrich took much more from Abbas’s speech. According to Smotrich’s associates, he claims that Netanyahu “whitewashed the Ra’am party” in order to form his government.

Smotrich’s refusal to cooperate with Ra’am is backed by the senior rabbi of religious Zionism, Rabbi Haim Drukman, who insists that Bennett and Gideon Saar should make the necessary concessions and join Netanyahu. “There is no need for the support of Ra’am,” Rabbi Drukman told Kan 11. “Saar and Bennett are part of the flesh and blood of the right.”

Drukman is so eager for Bennett and Saar to come (all is forgiven) that he is willing to kick Itamar Ben Gvir under the bus if Saar and Bennett made it a condition of their return.

“If that’s the condition, for the sake of the people and a stable government – it’s acceptable that a certain person won’t be in it,” Rabbi Drukman said.

But while the religious Zionists are up in arms over any possibility of cooperation with Ra’am, the leader of the Haredi Lithuanian public, Rabbi Chaim Kanievsky, said on Thursday that as far as Jewish values go, it’s better to go with the representatives from the Arab public than with the representatives from the left. That’s because, according to Rabbi Kanievsky, the Muslims also care about the character of the country and they do not want to promote a melting pot to make everyone secular. They are also much closer to religious Jews when it comes to the draft and family values.

Rabbi Kanievsky was joined by the Majlis-ash-Shura (Shura Council) of the Islamic Movement, the Muslim equivalent of the Council of Great Torah Scholars, le’havdil. On Thursday night, senior Shura Council members gave the Ra’am chairman their green light to support any candidate he wanted. Their message to Abbas was: Go with the side that will give you the best deal.”

Meanwhile, Netanyahu continues to put pressure on Bennett, and on Thursday he posted on Facebook and Twitter a video showing the Yamina chairman signing a commitment on Channel 20 (the traditional channel) before the election not to sit in a government headed by Lapid.

The Lapid-Sa’ar-Lieberman bloc is worried about Bennett’s meeting with Netanyahu on Friday and believes that the Yamina chairman “closed a deal or intends to close a deal” with the prime minister. “He is probably using us for leverage, and the meeting with Lapid was intended to squeeze a better price from Netanyahu,” an associate of Lapid said on Thursday.

Also on Thursday, Lapid met in Tel Aviv with two of the leaders of the Joint Arab List, Ayman Odeh (Hadash) and Ahmad Tibi (Ta’al), in an attempt to mobilize their support for the round of recommendations at the President’s residence. At the end of the meeting, Yesh Atid issued a statement saying that the conversation covered “the possibilities of forming a new government that would prevent Netanyahu, Ben Gvir, and Smotrich from forming a government. The three leaders discussed the variety of painful issues for Arab society, including the eradication of crime, and ways to resolve these issues.”

The statement made by Odeh on Wednesday was that as soon as Lapid obtains 55 seats, the Joint Arab List would give him the support of its 6 MKs.

And what about the decade-long connection between Smotrich and his partners Bennett and Ayelet Shaked? The Religious Zionist Party inflicted a painful loss on Yamina, and instead of disappearing below the threshold percentage as some polls predicted, managed to attract at least two seats from Yamina, plus a seat from the two Haredi parties—with the vigorous encouragement of Netanyahu who did not want to lose even one right-wing vote.

But now the very party that received artificial respiration from the prime minister refuses to return the favor because he relies on an Islamic party.

And now you understand why the entire political system in Israel is already preparing itself mentally for a fifth election round. 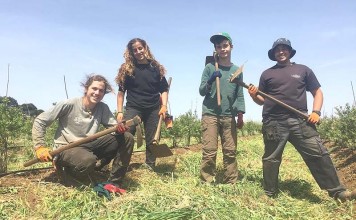 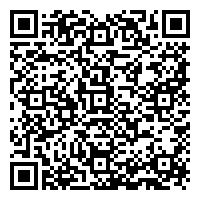