While we may think of it as a cheap parlor trick, handwriting analysis is the most Jewish thing in the world, says therapist Annette Poizner. It’s certainly fallen into disrepute here in North America, but elsewhere, especially in Israel, it’s a highly respected art – and science.

Poizner, who has a Master of Science in Social Work from Columbia University in New York and a Doctorate of Education in Counseling Psychology from OISE/University of Toronto, is also chair of Toronto’s Jewish Health Alliance, and has spent twenty years studying handwriting from a Jewish perspective.


We all know that the early pioneers of psychology and psychotherapy were Jewish, but an interest in handwriting preceded that by millennia – and may have led to the creation of the field of psychology in the first place. “The Hebrew alphabet is unique,” says Poizner. “Every letter has a shape that relates to the concept of that letter: ‘bet’ is a bayit (a house), ‘fay’ is like a peh (a mouth). The form of letters Is meaningful, not random like some languages.”

In order to reintroduce graphology (handwriting analysis) to the clinical mainstream, and establish its respectability, Poizner published her textbook, Clinical Graphology: An Interpretive Manual for Mental Health Practitioners (2012, Charles C Thomas Publisher), through “a peer-reviewed, academic publishing house which publishes classics in the sphere of psychological measurement and psychiatry… it’s a scholarly, academic piece of work.”

Yet even while promoting the discipline among mainstream practitioners and publicizing her work in Readers Digest and other publications, where she analyzes handwriting of prominent celebrities and politicians, the Jewish aspects of graphology continued to fascinate Poizner.

“When I applied for the Jerusalem Fellowships, twenty years ago, they insisted you hand-write the application… It’s very common in Israel to have handwriting analysis for anything that involves entry to a kibbutz, a job; it’s fairly familiar to Israelis that there’s probably going to be some handwriting analysis.”

In fact, that experience in Israel led her to graphology and from there into therapy. She found out about and met with Dr. Meshulom Teller, a Jerusalem-based therapist who was working extensively with graphology at the time. “It was so impactful, I decided to go back to Israel to do clinical work with him” and his own teacher, Baruch Lazewnik.

After her intensive experience in Israel, seeing the benefits of graphology in a therapy setting, she came back to North America and decided to study psychology. Her faculty advisor immediately tried to discourage her: “I have to tell you that graphology has virtually no place in the field of psychology in North America.”

She set about trying to create change, bringing Israeli know-how and the wealth of Jewish teaching on the subject to a clinical audience who was not initially receptive. And today, through her textbook and through talks to professional and non-professional audiences, she is beginning to see change.

Her clients would be the first to say that graphology works, cutting through barriers and making counseling sessions more efficient and productive. “If you can analyze people, there’s a real novelty effect: ‘Wow, that’s so interesting.’ If you can tell them meaningful accurate feedback that actually illuminates the path of what needs to happen, you have saved many sessions of ‘getting to know you,’ ‘let me tell you my story.’”

This is nothing new, of course, from a Jewish perspective. When the Jewish people received the Aseret HaDibrot (Ten Commandments), Hashem begins with “anochi” – an abbreviation of the phrase, “ana, nafshi, k’tavit, yahavit,” “I myself wrote and gave [these words to you].” Or, in a more poetic translation credited to Simon Jacobson, “my soul is inscribed in these written words I gave you.” 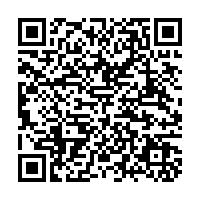