A unique jobs fair – the first of its kind – is being held for the haredi religious population on Thursday, Feb. 15 at the Matnas Ateret Moshe on Rehov Ha’Hagana in Rehovot, organized by Rabbi Pinchas Hominer.

The fair is being held in cooperation with the municipality and will feature jobs that are especially tailored for the haredi public along with registration for professional training programs and courses, and key services such as English and computer courses, economics workshops and other seminars that can help prospective employees succeed in the marketplace.

Also scheduled during the fair are lectures on topics such as entrepreneurship, graphology and other related subjects.

Prospective employers will be available to meet with participants to discuss vacancies, skills and abilities as well as various other topics.

“Many in the community are looking for ways to make a dignified livelihood,” said Hominer. “I see great importance in this project, which can help people enter the job market and earn a decent living.”

After years of positive growth in the number of people gaining employment in the haredi-religious sector, recent statistics are starting to drop.

According to the Israel Democracy Institute there was a slight decrease from 51.7 percent in 2016 to 50.3 percent in 2017 in haredi religious male employment. But in 2001, the rate was lower than 40 percent.

Nevertheless, the rate is still far below the OECD employment rate of 80 percent.

Female employment in the same population is higher, stabilizing at an average of close to 70 percent in 2016 – higher than the OECD average of 60 percent for the same year. In 2001, the statistic was below 50 percent according to the Bank of Israel.

Israel’s Open Markets Are Coming Back and They’re Spectacular 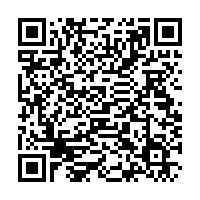