Ariel Sharon is dying. It’s not considered nice to say bad things about dead people, especially immediately after their passing. So I’m writing this while he’s still alive. Barely.

When I heard the news I wasn’t sure if I wanted to laugh or cry. Laugh, that finally, he’s leaving us. Or cry, because his ‘this world’ suffering is coming to an end.


That’s how much I like Ariel Sharon. He had many positions, and many titles. I will remember him as a monster.

When elected to the office of Prime Minister in March, 2001, the 2nd Intifada, or what we call the Olso War, was well underway. Terror attacks, shootings, and the like had begun. In Hebron, Arab terrorists had taken positions on the hills surrounding the Jewish neighborhoods and were shooting at us like ducks in a pond. Great for target practice, but not when the targets are men, women and children, in their homes, cars, or just plain walking down the street.

Sharon could have stopped it. He didn’t. It continued for almost a year and a half, here in Hebron. Only after the Passover Massacre in Netanya and the killing of five year old Danielle Shefi at Adura, just outside of Hebron, did he finally put an end to the nightmare. He was Prime Minister when most of the over 1,500 people murdered during that war. He could have stopped it. He didn’t.

But that was just the beginning.

The expulsion from Gush Katif and the Northern Shomron, abandoning the southern tip of Israel to Hamas, brought over 13,000 rockets into Israel, into Ashkelon, Ashdod and Tel Aviv. To this very day.

Actually, it began with Menachem Begin. He set the precedent, with Ariel Sharon as his right-hand man, implementing the expulsions from Sinai. There Sharon learned that it is possible to forcibly remove Jews from their homes, destroy Jewish communities and abandon land to our enemy.

It is written about Omri, an evil king: “Why did Omri, Ahab’s father, receive the kingdom? For adding one city to Israel (Sanhedrin 102:B). ‘Go and learn the strength of the Mitzvah of building a settlement in Eretz Israel, until even though it is said about him, “and Omri did evil in the sight of the L-rd and more that all of those before him” – despite this he was awarded the kingdom because, in the future, he was to build one city in Israel’ (Maharsha).

An evil man was granted the kingdom in order to allow him to add a city to Israel, to buy land and make it a part of the state. What then is the punishment of people who remove cities from Israel, abandoning the land, expelling the people, endangering the population?

What happened to them, what was their fate: Begin, the hero of Jewish underground, the leader who destroyed the Iraqi nuclear threat, secluded himself for years following his resignation as Prime Minister, unseen until his dying day. Rabin was assassinated. Olmert, one of the primary initiators of the Gush Katif catastrophe, has undergone numerous trials on charges of corruption, facing disgrace. Katzav, who as President refused to oppose the Gush Katif expulsion, imprisoned following conviction for rape, from the president’s mansion to a jail cell. Ariel Sharon, suffering the worst kind of hell, neither here nor there, not dead, not alive, for the past eight years. Some 8,600 people were expelled from the Gush, a year for every thousand people. And one can only image what he will face when trying to enter the pearly gates of heaven. 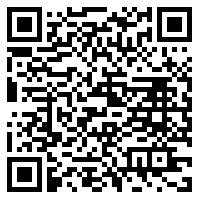