With the erection of a replica of Israel’s security barrier wall at a London Church, when a Holland based Roman Catholic Church Association television station airs a video clip titled “Jews kill Jesus”, when a Sydney based Anglican priest, in one of his recent sermons states that “Jews killed Jesus” I say enough is enough. The time has come for a full frontal assault on the basis of the Christian gospels from where all antisemitism emerged.

The unbridled persecution of Jews throughout the centuries should have taught us that in order to legitimize the gospels, Christianity needs to perpetuate the same deception of Jews as the eternal scapegoats. I find it unfortunate that I need to respond in the manner I do, but rest assured this dialogue needs to take place. A tidal wave of antisemitism is currently engulfing the world and the past docile, politically correct and ill-informed posture of world Jewry has been proven to be an abysmal failure.

To address the issue of antisemitism head on, I offer the following.

The Republic of Rome 2,000 years ago would never have tolerated anyone in its midst being proclaimed as the Messiah or King of the Jews. Simply put, under Roman law, calls for a monarchy within the Republic would have been a treasonable offense punishable by death.

It was not an issue for the Sanhedrin, as Christian theology would want us to believe.

The birth of antisemitism would no doubt have come from the Christian narrative of the actions of Pontius Pilate, the Roman Governor at the time. Christianity teaches that at Passover there was a Roman custom whereby one prisoner scheduled for crucifixion would be pardoned. This same narrative goes on to say that when given the choice of who to free, the Jewish mob cried out for Barabbas. Then followed the hand washing scene where Pontius Pilate freed Barabbas and exonerated himself for the death of the Christ (literally the “anointed one”) and so started the beginnings of antisemitism spread so successfully by the Church down the centuries to the present day.

Unfortunately, according the writings of the noted Roman historian Josephus, there was never any Roman custom to pardon anyone scheduled for crucifixion. If this is so, then the whole story is a myth fabricated by the early Church to blame someone (but not the Roman authorities) for the death of their Christ. Who better to blame than Jews?

I offer the following for the benefit of those Jews who find themselves engaged in theological debate, subjected to anti-Semitic vilification or Evangelical Christian attempts to convert them to Christianity. Additionally, never again do we need the spectacle as reported some years back where a guide at the Sydney Holocaust Museum was asked “Why don’t Jews just accept Jesus?” (implying the horror of the holocaust would never have taken place if Jews would only have forsaken the Torah for the New Testament). According to news reports, the guide’s only response was to stand there totally bewildered and unable to answer. Hopefully the following, if absorbed, will ensure this deplorable episode will never occur again.

The psalms were Jewish and written before the birth of Christianity. All references to “Lord” were to the Lord God of Israel. Christian clergy often quote the psalms and the average Christian thinks the references to “Lord” (e.g. Psalm 23 “The Lord is my shepherd”) refer to Jesus. No Christian clergy to my knowledge has ever seen fit to enlighten his flock. So the propaganda goes on and on from one generation to the other. Even the regularly quoted: “The meek shall inherit the earth” often quoted by Christians as a profound and original statement by their Saviour is nothing more than his quoting from the Psalms (Psalm 37 Verse 11). 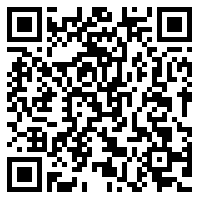