It’s been striking to see how little the Israeli-Palestinian conflict has been an issue of concern in the many television debates in which the primary candidates of both parties have participated.

But the issue suddenly exploded on April 14, in a CNN Democratic debate between Sec. Hillary Clinton and Sen. Bernie Sanders.


The fuse was lit on April 1 when the New York Daily News editorial board met with Sanders. At that meeting, he said that while he was wholly committed to Israel’s right to exist in peace, Israel had used “disproportionate” force in the 2014 Gaza war. In an astounding exaggeration of Palestinian casualty figures, Sanders claimed Israel had killed 10,000 “innocent civilians.”

The 10,000-killed figure was so ludicrous that Sanders had to revise his description of Israeli disproportionate force, saying there were 10,000 Palestinians “injured” (which is still questionable at best).

During that April 14 CNN debate, Wolf Blitzer directly asked Sanders if he believes Israel is guilty of using disproportionate force. Sanders was unflinching in answering in the affirmative, which evoked huge applause from the Democratic audience that had filled the Brooklyn Navy Yard to lend their vocal support to the candidate of their choice.

Sanders also reiterated that he is a 100 percent supporter of Israel. But his bottom line was that Israel is guilty of using disproportionate force in its war with the Palestinians. Moreover, in a refrain that echoes the position taken by Donald Trump (which created a huge backlash in the Jewish community), Sanders insisted the U.S. must take an even-handed approach to the Israeli-Palestinian conflict if the U.S. is to have a chance at negotiating a Middle East peace.

Accusing Israel of disproportionate force has become an anti-Semitic canard pushed by individuals who are ignorant of both the defined rules of warfare and the realities of Middle East life. To be sure, the images shown on American television during the Gaza War evoked appropriate feelings of empathy for the suffering of human beings. War is hell incarnate.

But for all of Israel’s firepower, the number of Palestinian casualties was far below international standards, while there was no way for television cameras to capture the profound trauma thousands of Hamas rockets had inflicted on the Israeli civilian population.

Sanders’s gratuitous critique of Israel to the Daily News, and his rousing comments in defense of Palestinian rights at the CNN debate, underscore a larger, personal philosophy that reflects his wholly unrealistic understanding of the Israeli-Palestinian conflict.

For American Jews who are passionate in their support of Israel, and who want the next American president to adopt a diplomatic foreign policy that will not seek to create “daylight” between the U.S. and Israel, Sanders’s lack of understanding of the realities of the Israeli-Palestinian conflict are most troubling. He also leaves open the possibility that his administration would refuse to use America’s Security Council veto were the UN to unilaterally create a Palestinian state.

Unfortunately, some in the media are celebrating Sanders for opening the Israeli-Palestinian issue to public discussion. On MSNBC’s “Morning Joe,” commentators accepted the premise that Israel had indeed used disproportionate force against Hamas in 2014.

So, at the Brooklyn debate, after Sanders condemned Israel for employing disproportionate force, all eyes turned to Clinton. Would she set the record straight?

Jewish supporters of Clinton who care profoundly for the security and survival of Israel have been telling each other she would be far more diplomatically hospitable to Israel – and to the Israeli prime minister – than President Obama has been. After all, her husband was a dear friend and admirer of Yitzhak Rabin and had tried valiantly to negotiate a two-state solution with Ehud Barak and Yasir Arafat in 2000.

When Blitzer asked Clinton if she thought Israel has used disproportionate force in its response to Hamas rocket attacks, these Jewish Democrats were hoping she would answer “Of course not!”

But in a tortuous response, Clinton chose to speak about her role in negotiating a cease-fire agreement between Israel and Hamas. She never responded directly to Blitzer’s question on “disproportionate force.”

Sanders did not miss Clinton’s obfuscation and challenged her. So Clinton tried again, this time talking about the impossible position Hamas terrorists impose on Israel. Once again, however, she avoided answering the question.

In other words, when Hillary Clinton was asked if she thought Israel has used disproportionate force in its battle with Palestinians, she was simply unable to answer “no.”

For many Jews, a candidate’s stand on Israel will not be the sole determining factor when they go to the polls to elect the next president. But Jewish Democrats who are devoted to Israel and place the U.S.-Israel relationship among their top concerns now find themselves in a political quandary.

On the one hand, Bernie Sanders has a seriously flawed view of Israel that is legitimately troubling. On the other hand, Hillary Clinton’s inability to unequivocally support Israel’s defensive military actions is a vivid display of a painful reality: the Democratic Party has moved so far to the left that it has become virtually impossible for Democratic candidates to openly defend Israel in its struggle for survival against Hamas and the jihadist Arab world.

Pro-Israel Jewish Democrats may be prepared to write Sanders off but they hoped Hillary Clinton would espouse an honest and courageous stand in support of Israel.

The April 14 CNN debate may have dashed much of that hope. 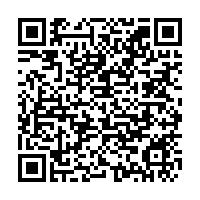