“Anti-Semitism,” wrote Stephen Eric Bronner, author of the engaging book A Rumor About The Jews, “is the stupid answer to a serious question: How does history operate behind our backs?”

For a wide range of ideological extremists, anti-Semitism is still the stupid answer for why what goes wrong with the world does go wrong. It is a philosophical worldview and interpretation of history that creates conspiracies as a way of explaining the unfolding of historical events; it is a pessimistic and frantic outlook, characterized in 1964 by historian Richard Hofstadter as “the paranoid style” of politics that shifts responsibility from the self to sinister, omnipotent others – typically and historically, the Jews.


Long the thought product of cranks and fringe groups, what Hofstadter described as the paranoid style of politics has lately entered the mainstream of what would be considered serious and respectable academic enterprise.

Witness, for instance, the Facebook posts of Joy Karega, an assistant professor of rhetoric and composition at Oberlin College, who wildly claimed that Jewish bankers control the world economy and have financed every war since Napoleon; that Israelis and Zionists were not only behind the 9/11 attacks in New York but also orchestrated the Charlie Hebdo attacks in Paris; and that Israeli fingerprints could be found in the downing over Ukraine of Malaysian Air Flight 17 and also in the rise of ISIS.

What troubles observers of this type of intellectual incoherence emanating from academia is that, unlike its intellectually flabby predecessors from right-wing hate groups or left-wing cranks, this political analysis comes complete with the academic respectability of Oberlin, a trend that Professor Hofstadter had himself originally found noteworthy.

“In fact,” he wrote, “the idea of the paranoid style as a force in politics would have little contemporary relevance or historical value if it were applied only to men with profoundly disturbed minds. It is the use of paranoid modes of expression by more or less normal people that makes the phenomenon significant.”

For Karega, the archetypal malevolent Jew is found in the person of Jacob Rothschild, whose photograph she posted in December 2014, along with text, allegedly from him, stating that “We own nearly every central bank in the world. We financed both sides of every war since Napoleon. We own your news, the media, your oil and your government” – oft-repeated tropes about Jewish domination of media and banking that suggest to Karega and like-minded conspiracists that Jewish wealth and influence enable Jews, and by extension Zionists and Israelis, to get away with various predations and political manipulations.

She raises the specter of the Jewish banker in a later Facebook post when she blames Israel, “the same people behind the massacre in Gaza,” of shooting down the Malaysian airliner over Ukraine. “With this false flag,” Karega rants, “the Rothschild-led banksters [sic], exposed and hated and out of economic options to stave off the coming global deflationary depression, are implementing the World War III option.”

In a March 2015 Facebook post, Karega provided what she apparently thought was a helpful link to a crazed speech by Minister Louis Farrakhan of the Nation of Islam, in which, to no one’s great surprise, the enlightened minister ascribed the blame for the 9/11 attacks not to the homicidal Muslim terrorists who clearly perpetrated them but to Israel and greedy Jews who realized financial and political gains from the felling of the Twin Towers.

“Farrakhan is truth-telling in this video,” Karega wrote in her post, and “we need more of us willing to venture into these areas.”

Farrakhan, it will be remembered, characterized Judaism as a “gutter religion,” deemed Hitler “a great man,” and, lest there be any doubt where his sympathizes lie regarding Israel, decided that the “plight” of American blacks puts them “in the same position” as the Palestinians. So his view that Israel’s fingerprints are all over the 9/11 attacks, and that Jews in fact benefited from the terrorism, is not in variance from his twisted beliefs – nor, apparently, those of Karega.

“Now you know I’m going to be lambasted and called anti-Semitic,” he said in a 2012 Chicago speech. “They’ll say Farrakhan was up to his old canards; he said Jews control Hollywood. Well, they said it themselves! Jews control the media. They said it themselves! Jews and some gentiles control the banking industry, international banks. They do! In Washington right next to the Holocaust Museum is the Federal Reserve where they print the money. Is that an accident?”

Once Professor Karega’s demented posts were made public, Oberlin’s president, already reeling from a spate of other anti-Semitic, anti-Jewish incidents on his campus, reacted fecklessly, giving the disingenuous response that the college “respects the right of its faculty, students, staff and alumni to express their personal views,” and that “the statements posted on social media by Dr. Joy Karega . . .are hers alone and do not represent the views of Oberlin College.”

That may well be true, and universities do not necessarily have to take responsibility for the outrageous views expressed publicly by its faculty; but neither do academic leaders have to refrain from denouncing the same views a faculty member is perfectly able to utter under the protection of academic free speech, just as they regularly do in those rare instances when slurs are made by faculty aimed at blacks, gays, Muslims, Hispanics, or other perceived victim groups for who such speech is deemed “hurtful,” “oppressive,” or “hateful.”

The university campus is not the public square, where any idea – no matter how deranged, improbable, inaccurate, libelous, historically unfounded, or damaging – can be spoken and heard, unchallenged, without government interference. While universities should, and do, protect the notion of unbridled expression and the ability to express any opinion as part of “scholarly inquiry,” it has never been the function of academic free speech to protect or promote irresponsible, inaccurate, or deranged speech that is clearly outside the parameters of responsible scholarship, research, and factuality. 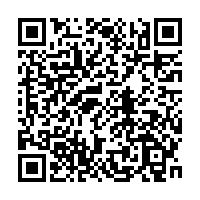