Hillel International is the largest Jewish student group in the United States active on more than 550 college and university campuses in America.

In Hillel’s published Standards of Partnership, it pledges never to “partner with, house, or host organizations, groups, or speakers that as a matter of policy or practice- Deny the right of Israel to exist as a Jewish and democratic state with secure and recognized borders; Delegitimize, demonize or apply a double standard to Israel; Support boycott of, divestment from, or sanctions against the State of Israel; Exhibit a pattern of disrupting behavior towards campus events or guest speakers or foster an atmosphere of incivility.”


Against this backdrop, one wonders how can leaders of Breaking the Silence (BTS) be scheduled to speak at the Kraft Center Hillel House of Columbia University on March 31st?

As has been widely reported, “Israel’s Channel 2 reported last week that Breaking the Silence actively worked to place people in classified units in the IDF in order to gather information that it could use in its activities against “the occupation.” Additionally, activists from the group interviewed IDF veterans on issues related to military secrets, and not human rights.”

Yet, this is not the first time that Hillel has engaged with Breaking the Silence; in 2013, the University of Pennsylvania Hillel offered BTS event space for a campus event. Later that same year, with backing of the Harvard College Progressive Jewish Alliance, Friends of Breaking the Silence, the New Israel Fund, and J Street U Harvard, leaders of the group spoke at the Harvard Hillel.

Across the political spectrum, from Yesh Atid Chairman Yair Lapid to Labor Knesset members, Breaking the Silence has been accused of harming Israel.  Prime Minister Netanyahu has said that the organization crossed all red lines.  They are banned from Israeli schools and military bases – yet American Jewish student organizations honor them.

Brian Cohen, executive director of the Columbia-Barnard Hillel, wrongly claims “[W]e must give our students the opportunity to listen and, if they desire, challenge the speakers’ ideas.”  He is wrong – Hillel must not allow that which Israel’s own Defense Minister Moshe Ya’alon deems unacceptable, to influence the minds of students, or to pose as an affront to students who support Israel.

The activities of Breaking the Silence harms Israel – and leads to danger.   American Jews – including Alisa Doctoroff of UJA-Federation, the Jewish Communal Fund, the Leichtag Foundation, Eric Dobkin, Elisabeth and Gareth Turner, Karen R. Adler, and others who fund this insanity must support Israel and stand for Jewish rights – not support those committing treason against the Jewish State. 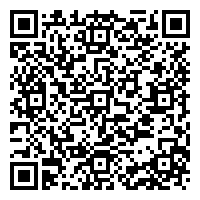