National Security Agency chief, Admiral Michael Rogers, arrived in Israel last week on a work visit focusing on tightening relations with unit 8200 of IDF Intelligence on cyber warfare, especially against attacks by Iran and Hezbollah, Ha’aretz reported Sunday. NSA is responsible for global monitoring, collection, and processing of information and data for foreign intelligence and counterintelligence purposes, or signals intelligence (SIGINT). NSA is concurrently charged with protection of US government communications and information systems against penetration and network warfare.

A senior Israeli official told Ha’aretz that Rogers restricted his meetings in Israel to the hands-on chiefs of the Israeli intelligence community, rather than meet with IDF Chief of Staff Lt. Gen. Gadi Eizenkot, or Military Intelligence chief Major General Hertzi Halevy. Rogers was much more interested, apparently, in becoming acquainted with the new IDF independent branch for cyber warfare.


Cooperation between NSA and unit 8200 has been deep and intimate and lasted several decades. An Edward Snowden document that was leaked in April 2013 described extensive technical and research cooperation between the two agencies, which share information on access, interception, goals, language, analysis and reporting. According to the leaked document, both agencies focus on targets that threaten American and Israeli interests, such as countries in North Africa, the Middle east, the Persian Gulf, South Asia, and the former Soviet republics.

Another topic that may have been raised in the admiral’s meetings with his Israeli counterparts could be the NSA’s eavesdropping on Prime Minister Benjamin Netanyahu and other top Israeli officials last year, in an effort to thwart Israel’s campaigning against the Iran nuclear deal, as the Wall Street Journal reported in December. The spying included “a cyber implant in Israeli networks,” which gave the NSA access to information in Netanyahu’s office. The spying was focused on figuring out what Israeli and Jewish leaders were saying to US lawmakers about the nuclear deal. 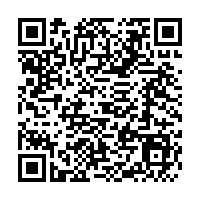