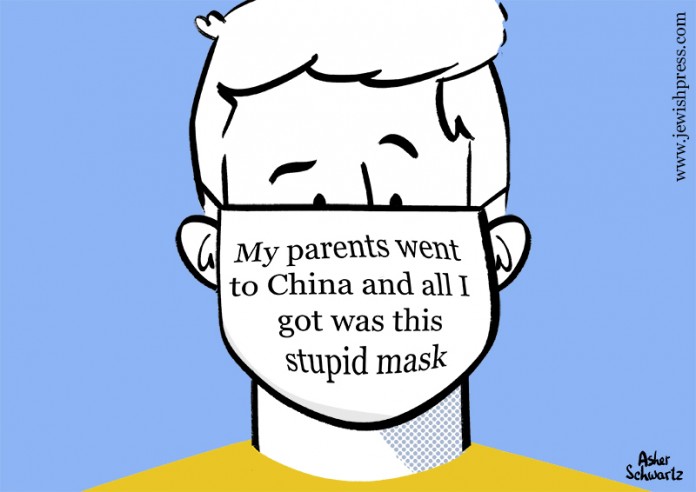 Beijing faces a Tiananmen-like global backlash over coronavirus that could tip China’s relations with other countries into confrontation, says a report by the communist regime’s own Institute of Contemporary International Relations, a think tank affiliated with the Ministry of State Security, China’s top intelligence body.

And that is before the full scope of China’s criminal culpability for the deadly coronavirus outbreak becomes apparent.

Some in the intelligence community reportedly view the report as China’s version of the “Novikov Telegram,” a 1946 dispatch by the Soviet ambassador to Washington, Nikolai Novikov, that stressed the dangers of US economic and military ambition in the wake of World War II. Novikov’s dispatch was a response to US diplomat George Kennan’s “Long Telegram” from Moscow that said the Soviet Union did not see the possibility for peaceful coexistence with the West, and that containment was the best long-term strategy.

The two documents helped set the stage for strategic thinking that defined both sides of the Cold War.

Indeed, Cold War between the West and China, and specifically between the US and China, is setting in – as COVID-19 claims hundreds of thousands of lives worldwide and ravages the global economy. Relations between China and the US are at their worst point in decades, with friction points raging from unfair Chinese trade and technology practices to disputes over Hong Kong, Taiwan and contested territories in the South China Sea.

President Trump, facing an arduous re-election campaign as Americans are suffering from the virus amid deep economic downturn, has been ramping up his criticism of Beijing and threatening new tariffs on China, while talking of retaliatory measures against China over the outbreak.

THE CASE AGAINST CHINA gets stronger by the day. It is increasingly clear that the Chinese Communist Party and Politburo concealed, falsified, and fabricated information about the rampant spread of COVID-19 for as much as 40 days before warning the rest of the world about the epidemic.

Through massive state surveillance and suppression of data; silencing of dissent; disappearance of whistleblowers; and purposeful bamboozling of the World Health Organization (WHO) – China cost the world many lives and caused enormous economic dislocation that may take years to overcome.

One study, from the University of Southampton, has suggested that global transmission of the virus could have been reduced by 95% had China owned-up to the epidemic sooner.

A research dossier compiled by the so-called “Five Eyes” intelligence alliance (involving the US, Canada, Britain, Australia and New Zealand) and leaked from the US Department of Homeland Security concluded last week that for a while China intentionally hid or destroyed evidence of coronavirus outbreak in order to hoard necessary medical supplies. It did so by censoring news of the virus on search engines and social media beginning Dec. 31, deleting terms including “SARS variation,” “Wuhan seafood market” and “Wuhan unknown pneumonia.”

Claudia Rosett, a foreign policy fellow with the Independent Women’s Forum, has documented how the WHO then served as a shill for China. From the beginning, its statements about the emerging virus read more like Chinese propaganda than global health recommendations.

China reported the Wuhan outbreak to the WHO on Dec. 31, 2019, but for almost three more weeks downplayed the evident dangers. It stifled the warnings of Wuhan’s terrified doctors and hid the alarming signs of exponential spread in Wuhan until travelers leaving China had richly seeded infections abroad.

When Trump imposed travel restrictions on China on Jan. 31, WHO director general Tedros Ghebreyesus objected. He said that China was doing a great job of protecting the world from the virus, adding: “The chances of getting this going to anywhere outside China is very low.” Tedros delayed declaring a pandemic until March 11. By that time, the disease had spread to more than 100 countries.

Rosett: “In short, Tedros and his team ran cover for Beijing’s lies, denials and propaganda. Wielding the WHO logo, they praised China as a model of transparency and paragon of disease management. They continued to do so even as horrific stories emerged of the Chinese government’s deceptions and brutal treatment of its own people.”

Jonathan Schanzer of the Foundation for the Defense of Democracies asserts that it is no surprise that the WHO gaslighted the world. (Nor is it a surprise that for years the WHO has been quite anti-Israel.) Schanzer says that Beijing has run influence operations and bought its way into positions of significant influence throughout the system of UN-backed international organizations. This includes, Schanzer says, the WHO, International Telecomm Union, International Civil Aviation Organization, Financial Action Task Force, Food and Agriculture Organization, and more.

Now, China is now trying to deflect its coronavirus culpability, and exploit the resulting chaos to position itself at the center of a new global order. It is doing so by “medical aid diplomacy” – as the key global provider of masks, test kits and the like to countries affected by the pandemic (including Israel!); and by writing-off billions of dollars in debt to countries devastated by the virus. (It certainly will have to do so in Africa, where it has invested an estimated $140 billion in infrastructure projects).

While China is too big a player in the global economy to boycott or completely sideline, perhaps it is time to reorganize geopolitical and trade thinking toward the People’s Republic of China.

Serious thought should be given to restructuring the global supply chain to reduce dependencies on Chinese manufacturing (especially regarding pharmaceuticals and medical supplies, but also much more).

Perhaps it is time to push back against China’s ambitious Belt and Road Initiative (BRI), a multibillion-dollar infrastructure effort to project China’s clout in nearly 70 countries across Asia, Europe, Africa and Latin America. (The BRI is also the route by which the coronavirus aggressively traveled.)

Perhaps Washington is correct in taking a dim view of the significant telecommunications and infrastructure projects in Israel and other Mideast countries that China is seeking to enter. (In Israel, this includes 5G cell networks, port facilities, and the world’s largest-ever desalinization plant planned for Kibbutz Palmachim).

And most of all, perhaps it is time to tackle China’s manifold and massive human right violations, which include vast penal camps into which tens of thousands of dissidents disappear every year. Prof. Irwin Cotler (chair of the Raoul Wallenberg Centre for Human Rights, and former justice minister and attorney general of Canada) says that “Chinese criminality and its culture of corruption” are overwhelming. Might that be something for the officious United Nations to take on? 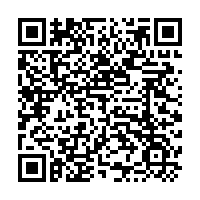