Jews in the US were targeted by more anti-Semitic incidents in 2019 than any other year in the past four decades, the Anti-Defamation League’s (ADL) annual audit showed.

The report documented 2,107 anti-Semitic incidents in the US in 2019, including 61 physical assault cases, 1,127 instances of harassment and 919 acts of vandalism.

This count is the highest number since the human rights organization began tracking anti-Semitic incidents in 1979 and marked a 12% increase over the 1,879 incidents it documented in 2018.

Of note, the incidents included the April attack on a California synagogue in which one woman was killed and three other people were injured, the December attack on a Jewish grocery store in New Jersey that left five people dead, and a machete attack on a rabbi’s New York home during a Chanukah celebration which left one man dead.

“Normalization of anti-Semitic tropes,” the “charged politics of the day” and social media contributed to the spike in Jew-hatred, ADL CEO Jonathan Greenblatt stated.

“Anti-Semitism is a virus. It is like a disease, and it persists. It’s sometimes known as the oldest hatred. It never seems to go away. There truly is no single antidote or cure,” he said.

An ADL survey from April on Americans Jews’ experiences with anti-Semitism found that 63% reported that they felt less safe than they were a decade ago.

More than half, 51%, are worried about a violent attack at a synagogue or about a synagogue being vandalized. 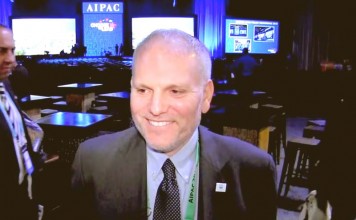