Turkey’s military offensive into the overwhelmingly Kurdish northeastern Syria is sending messages on many wavelengths. One consequence is beyond dispute: Turkey is adding further chaos, bloodshed and tears to a region already in turmoil. The U.S. had apparently “assur[ed] Kurdish protection from Turkey.” Trump spoke of “economic devastion” if Kurdish forces were attacked. “As I have stated strongly before, and just to reiterate, if Turkey does anything that I, in my great and unmatched wisdom, consider to be off limits, I will totally destroy and obliterate the Economy of Turkey (I’ve done before!),” Trump tweeted on October 7. [Microsoft may thoughtfully have censored this tweet for you. Ed.]

So where is this “economic devastation” against Turkey? Or does that make two promises that the U.S. has not kept?

In theory, the Turkish incursion will build a safe zone that is 30 kilometers (20 miles) deep and stretches more than 480 kilometers (300 miles) toward Syria’s Iraqi border -– which just so happens to be the very place where many of the Kurds in Syria live. From there, the Turkish army will push Kurdish militants south and ward off an “existential threat” to Turkey. Once cleared of the YPG forces, the main Kurdish group (the Syrian offspring of the insurgent umbrella organization PKK) Turkey says it will build homes, hospitals schools and rehabilitation centers for the two million Syrian refugees it hosts.

This happy-ending scenario may not materialize so easily.

As in earlier cross-border clashes with the Turkish military, the Kurds have vowed to fight back despite allegedly heavy losses. On Oct. 13, the fifth day of the Operation Peace Spring, the Turkish Defense Ministry said its forces “neutralized” 525 Kurdish fighters. Kurdish shelling in over 300 rounds killed 18 civilians on the Turkish side of the border, including a nine-month old Syrian baby. More than 100 civilians were injured in Turkish towns and villages. One Kurdish, politician, Hevrin Khalaf, and nine other civilians were reportedly dragged from their cars and “executed.”

As for the potential resurgence of jihadist terrorists holed up in the area and held in makeshift prisons, first, on Oct. 11, five Islamic State (IS) fighters reportedly escaped from a Kurdish-run prison and extremists claimed responsibility for a bomb that exploded in the regional capital. Then, “at least 750” “militants” have already escaped,” and IS’s sleeper cells in the region are also expected to take advantage of the Turkish invasion to recapture the land they controlled in the early years of the Syrian civil war. In the US-led, allied war against IS, Syrian Kurds operated as the main land force. As Kurds now flee, radical Islamists are likely to retake control of parts of the war zone.

Turkey’s demurely named “Operation Peace Spring,” although in its first days of fighting, has fueled a fresh wave of refugees in a region already a source of immigrants threatening Europe. According to UN sources, as of the second day of the Turkish invasion, 100,000 people had fled their homes.

As the fighting escalates, hundreds of thousands of people could flee as well, and their access to humanitarian services could be cut off, creating yet another refugee crisis in the war-torn region.

Turkish President Recep Tayyip Erdoğan, has been threatening to flood Europe with more refugees. “We will open the gates and send 3.6 million refugees your way,” he promised on October 10.

The Turkish offensive has pitted Turkey against most of the free (and not-so-free) world. In addition to the UN, the governments of the European Union, Britain, Italy, Israel, Japan, Australia, Egypt, Saudi Arabia, the United Arab Emirates and Iran united in condemnation of Turkey’s invasion. Germany, the Netherlands, Norway and Finland have banned arms sales to Turkey.

Turkey’s Muslim friends also joined the global chorus. The League of Arab States called on the UN Security Council to take action against Turkey. Its Secretary General Ahmed Aboul Gheit called Turkey’s military action an “invasion” and an “aggression” against an Arab state. He said the Arab League “condemns the invasion and that the world must not accept it, either, since it contradicts international norms and international law, no matter what pretext the invader uses.”

In America, congressmen took action to sanction Turkey. On the same day as Turkey announced its military incursion into Syria, Sens. Lindsey Graham (R-S.C.) and Chris Van Hollen (D-Md.) announced that they had reached an agreement on new sanctions against the NATO member country. “I am pleased to have reached a bipartisan agreement with Senator Chris Van Hollen on severe sanctions against Turkey for their invasion of Syria,” Graham tweeted, announcing the deal. “While the Administration refuses to act against Turkey, I expect strong bipartisan support. … Most Members of Congress believe it would be wrong to abandon the Kurds who have been strong allies against [IS],” he added.

In addition the House Foreign Affairs Committee Chairman Eliot Engel (D-NY) and ranking Republican Michael McCaul (R-TX) announced they would introduce legislation to sanction Turkish officials involved in the Syria operation and the banks involved in the defense sector until Turkey ends its military operations in Syria. The bill also requires the administration to sanction Turkey for its Russian made S-400 purchase. The bill would, in addition, prohibit American arms exports to the Turkish Armed Forces conducting operations in Syria and prohibit use of the emergency provision in the Arms Export Control Act for Turkey.

“Operation Peace Spring,” like similar past cross-border offensives, will likely fail to yield the results Turkey intends: finishing off armed Kurdish efforts to win autonomy in Kurdish-held Iraq, Syria and Turkey. In February 2008, for instance, the Turkish military launched an incursion into northern Iraq, another pre-dominantly Kurdish area, ostensibly to “prevent the region from being a permanent and safe base for the terrorists, and [that] will contribute to Iraq’s stability and internal peace.” In the 11 years after the incursion into Iraq, thousands of Turks and Kurds died in the fighting, prompting Turkey this time to send its troops into Syrian soil. According to Crisis Group’s fatality toll, last updated on Oct. 4, at least 4,686 people have been killed, either in clashes or PKK’s terror attacks since July 20, 2015, when, after a ceasefire, violence resumed.

In 2030, Gatestone will probably report another Turkish military incursion into Syria or Iraq, with Turkish leaders pledging to “finish off” the Kurdish insurgency and the world uniting to condemn Turkey’s invasion.

Meanwhile, obscenely, Erdoğan has been invited to the White House for November 13.

The real crime was for the US to betray the Kurds — savory or not — by making promises it did not keep – and leaving the world to wonder which Middle East ally the U.S. will double-cross next. Take a guess?

(Burak Bekdil, one of Turkey’s leading journalists, was recently fired from the country’s most noted newspaper after 29 years, for writing in Gatestone what is taking place in Turkey. He is a Fellow at the Middle East Forum) 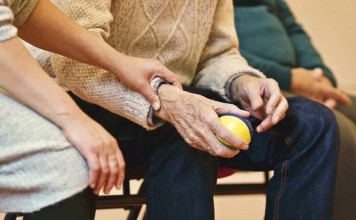 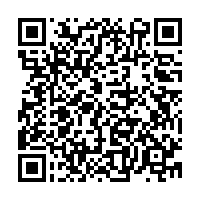