New Right leader Naftali Bennett on Monday night, the end of the first day of Sukkot in Israel, called on the members of Blue&White, led by Benny Gantz and Yair lapid, to “come down from their tree,” because now is “the time for unity and responsibility.”

Writing on his Facebook page, Bennett began: “Mo’adim L’Simcha, my friends, in these moments we experience a lawless and irresponsible behavior on the part of politicians from whom we expect leadership.


“The Israeli government has been paralyzed for almost a year. The people of Israel will not forgive those who would lead the country to elections for the third time, in such a sensitive period.

“Around us, the Middle East is entering a very dangerous era. Iran is increasing its sophistication and prowess toward the countries of the region, and soon – toward us.

“The US is withdrawing its forces from northern Syria, an operation with far-reaching consequences.

“Hamas and Hezbollah are getting stronger steadily.

“And in Israel, the security budget cannot be approved because there is no permanent government.

“So what should be done?

“Under the current circumstances, a broad and equitable national unity government led by Netanyahu and Gantz should be established as soon as possible.

“Netanyahu has already agreed; Gantz has yet to.

“Each side will have to compromise.

“The government will deal with Iran, Hamas and Hezbollah, reducing the deficit, the state of our hospitals, the atrocious traffic jams, and further strengthening our education – issues concerning life itself.

“Three weeks ago, I called it ‘the government of life itself.’

“The government will be run in rotation. Netanyahu first. Then Gantz.

“Why? Because Gantz must have a training period.

“Being Prime Minister of Israel is the most difficult role on earth.

“We are not Belgium or Finland, which are allowed to make mistakes.

“A serious mistake by the Israeli prime minister could wreak a real catastrophe on the Jewish state.

“If, God forbid, a criminal trial begins against Netanyahu, he will enter a leave of absence, according to the president’s compromise suggestion, and the actual prime minister will be Gantz. (Netanyahu has already agreed, even though the law allows him to remain at the helm.)

“It would depend on its coalition agreements.

“But what matters is the good of our country.

“It makes so much sense, so why doesn’t it happen?

“Because of the politicians’ ego and other nonsense.

“There are politicians who see the State of Israel as a game.

“It is not a game. It’s our lives. The lives of our children. Just like that.

“Yvette Liberman has already dragged us to unnecessary elections, and he has no problem doing so again. For the third time.

“Decide on the details together.

“The outline is clear and well-known. 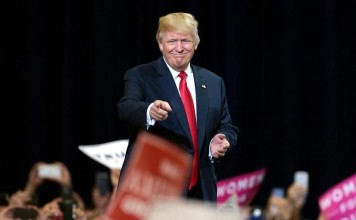 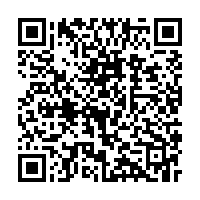