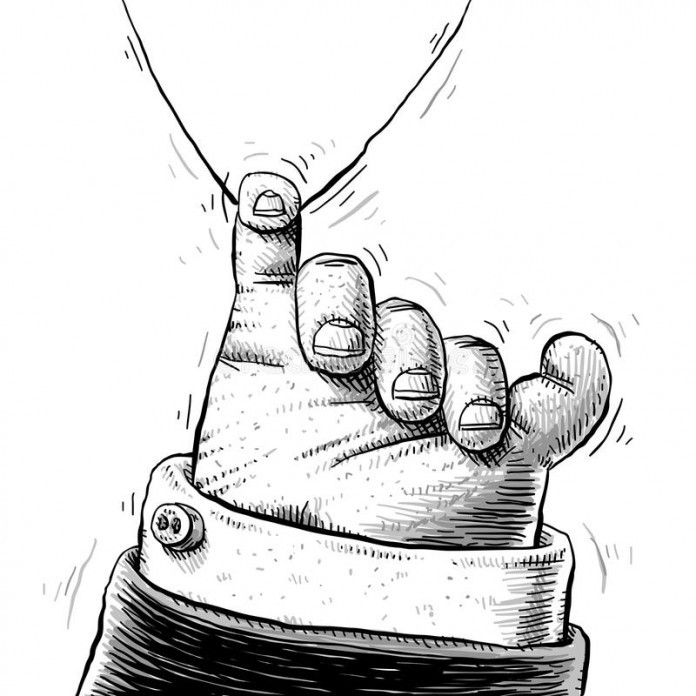 Israeli democracy is hanging by a thread. That is the lesson of last Monday’s testimony by prosecution witness and former Communications Ministry director-general Shlomo Filber in former prime minister Benjamin Netanyahu’s corruption trial. Filber revealed that Netanyahu is not alone in the dock. Israel’s democracy is also on trial.

Benjamin Netanyahu is being tried for bribery and breach of trust. His co-defendants are two media moguls—Yediot Aharonot owner and publisher Arnon Mozes, and former owner and publisher of Walla News website (and Bezeq telecommunications company) Shaul Elovitch. The “crimes” they are accused of all relate to their desire to give voice—or consider giving voice—to positions and information ignored and silenced by the establishment media.


Filber explained, “The media has a leftist bias. The reason Netanyahu took the communications portfolio [in addition to the premiership] was to vary the opinions so that right-wing voters would have media organs that expressed their views.”

Filber added, “Netanyahu’s desire to solve the distortion in the media market burned inside him. It was more important to him ideologically than running the country. He believed that the leftist bias in the media prevented the political right from truly governing.”

Filber’s statement came after months of testimony by nearly 20 prosecution witnesses including himself. One by one, they have obliterated the prosecution’s case against Netanyahu. After years of an aggressive investigation, by 2018 the prosecution had nothing other than a few cigars from Netanyahu’s rich friend with which to indict him. Rather than call it a day, the prosecutors decided to reinvent the bribery statute for the purpose of indicting a sitting prime minister.

Netanyahu had received no monetary reward from anyone. So they decided that for their purposes, they would define positive media coverage as a form of bribery, and then accuse Netanyahu of receiving a bribe in the form of positive coverage from Elovitch’s Walla News in exchange for regulatory favors to Elovitch-owned Bezeq. And they indicted Elovitch of bribing Netanyahu with positive coverage.

The only problem was that even before they filed their indictments, it had already been amply demonstrated that as is the case in every other establishment media outlet in Israel, Netanyahu received hostile coverage from Walla News.

So the prosecutors changed the statute again. They determined that a media outlet that provides “unusual responsiveness” to a politician is bribing that politician (at least if his name is Benjamin Netanyahu).

The first dozen witnesses brought before the court were supposed to testify that Netanyahu received unusual responsiveness for his requests from Walla. They all testified that the only thing unusual about Walla’s treatment of Netanyahu both in absolute terms and in comparison to other politicians was its unresponsiveness. Walla editors ignored more than half of his office’s requests. The other half were largely routine communications, mainly press releases that every other media outlet also covered.

In recent months, the trial moved to an examination of the favors Netanyahu allegedly provided Elovitch’s Bezeq. And here, too, the prosecution’s witnesses have all attested that Netanyahu had no role whatsoever in the regulatory process.

With the prosecution’s case now in ruins, we are left with their core claim—that it is a crime to fairly cover Netanyahu. Elovitch wanted to give fair coverage to Netanyahu. And Mozes was willing to consider the option. So they were both indicted.

And this brings us to the devastated state of Israeli democracy.

Netanyahu has been demonized like no other politician in Israel’s 74-year history. And for the past 30 years, no politician has come close to Netanyahu in terms of public support.

Netanyahu’s indictment is a bid by the prosecution to destroy freedom of the press and through it, democracy in Israel. Shockingly, the prosecution’s authoritarian witch hunt enjoys near wall-to-wall support from the establishment media, whose monopoly on information Netanyahu so fervently wanted to break up.

The collusion between the prosecution and the media was on full display Monday. To coerce Filber into testifying against Netanyahu, the prosecution ordered the police to spy on him. They bugged Filber’s cellular phone, downloaded all of his personal information and apparently used it to threaten Filber with an indictment for undisclosed illegal behavior if he refused to turn on his boss and mentor.

On Monday, Netanyahu defense attorney Amit Haddad presented transcripts of conversations Filber had with journalists Amit Segal and Raviv Drucker. The most stunning aspect of the conversations was how unremarkable they were. Two reporters spoke to a public official about current events. They did their job. He did his. No one committed a crime. And yet, the conversations were intercepted and transcribed as if they described a drug deal.

Filber told Segal that the police investigations of Netanyahu would boomerang against the state prosecution because Netanyahu had committed no crime. He explained to Drucker that as director-general of the Communications Ministry, he had no authority over regulatory procedures governing Bezeq.

In a free media environment, rather than one where the media has fused with the political establishment, Haddad’s revelation would have caused editors and reporters to erect barricades around the state prosecution and demand the heads of those responsible. Instead, Haddad’s revelations were largely ignored.

For 30 years, the establishment media have waged a war-to-the-death against Netanyahu, the most popular politician in Israel and its most visionary statesman. As Haaretz put it last week, “Netanyahu is the most dangerous man in the history of the country.”

As far as Israel’s editors and writers, news producers and anchors are concerned, by inventing a law to prohibit positive coverage of Netanyahu, the prosecution was helping them in their efforts to undermine and ultimately destroy democracy by not giving the public a voice in the national discourse.

Netanyahu is the enemy because he understands that the public is supposed to be in charge of who runs Israel—not the unelected ruling class comprising bureaucrats and their aligned media. Netanyahu, Elovitch and Mozes are on trial because criminalizing them criminalizes democracy. And so the media cheer on the prosecutors.

Israel isn’t the only country whose democratic system of government is in danger. And it isn’t the only place where the crisis in democracy is manifested in the media’s fusion with the ruling establishment. America is unraveling before our eyes, with differential treatment being extended to members of the ruling class and their enemies.

Consider two men accused of lying to the FBI. Ruling class member Attorney Michael Sussman, who represented both the Democratic Party and Hillary Clinton’s presidential campaign in 2016, lied to the FBI and admitted lying to the FBI. But he was quickly acquitted last week for the crime, and sent on his merry way with the D.C. District Court’s compliments.

Lt. Gen. Michael Flynn, former President Donald Trump’s first national security adviser, was accused of lying to the FBI (although the evidence indicates that he told them the truth, while FBI officers lied to him). To defend against the allegation, Flynn was forced to empty his savings and pensions. He lost his house. Throughout Flynn’s four-year ordeal, his name was dragged through the mud almost every day. A decorated warrior, Flynn was threatened with prison and attacked by a mob incited by the media who called him a traitor.

Private citizens have no power to fire crooked cops. They can’t make policy. Citizens have but one way to make their voices heard. They can vote.

In San Francisco on Tuesday, the denizens of the progressive capital of America voted by a 60 to 40 margin to oust their district attorney, progressive revolutionary Chesa Boudin. Boudin is the son of two Weather Underground terrorists who were involved in a terror attack that left two policemen and a Brink’s driver dead 50 years ago. Boudin shares his parents’ Communist convictions and hatred for America.

Boudin was elected in 2019 by a bare majority of voters on a woke agenda to reform the criminal justice system. From his first day in office, Boudin worked not to reform the system, but to dismantle it, in accordance with his revolutionary belief that police officers are the enemy of the people, and criminals are their heroes.

Boudin released criminals from jail en masse and fired his prosecutors. He neutered, demonized and defunded the police, and decriminalized shoplifting, drug use and vagrancy. Within months, San Francisco’s streets were taken over by homeless drug addicts who cover the sidewalks with needles and feces. Shoplifting has destroyed the city’s retail market. How can you run a supermarket if anyone can come in at any time and walk away with $1,000 of your merchandise? According to a recent poll, 40% of San Franciscans want to leave the city.

But instead of running, San Franciscans signed a recall petition, held a referendum, and voted to oust Boudin.

Judging from The New York Times and other establishment media’s coverage of Boudin’s ouster, it is fairly clear that had the media been left to determine his fate, Boudin would have won the vote and his opponents would have been branded as racists.

Back in Israel, we are led by a prime minister who enjoys more media support than any prime minister in Israel’s history, and close to zero public support. Prime Minister Naftali Bennett seized the premiership by manipulating the political system in a way no one had imagined. He ran as an ideological party to the right of Likud. Then he prevented Netanyahu from forming a right-wing government.

Insisting that new elections would be the ruin of the country, Bennett betrayed his voters and formed a post-Zionist government with the left and with the Muslim Brotherhood party. He now clings to power with a minority coalition that cannot pass basic legislation. Bennett’s seven-member faction is in tatters. Two have abandoned him for the Netanyahu-led opposition. Another is running to the exit and two more and waiting for an offer—any offer—to leave.

As he presides over the ruins, Bennett legitimizes his continued hold on power by repeating his claim that elections will be the death of Israel and insisting that a “silent majority” supports him.

Last week, Bennett sent an open letter to that “silent majority,” imploring his ostensible supporters to take to the streets to demonstrate on his behalf, lest the public believes that Netanyahu has the support of more Israelis than he and his coalition partners.

The irony of Bennett’s entreaty is sickening. Demonstrations aren’t the way citizens make their voices heard, and Bennett knows this. That is why he has blocked elections for more than a year.

With the breathless support of the media, which hides the truth of Netanyahu’s trial, and hides the depth of Bennett’s perfidy, Bennett stands before the cameras at every opportunity to demonize Netanyahu as evil and his supporters as crazed cultists.

These are Bennett’s Orwellian two minutes of hate. And if they go on, and if the media continues to participate, then together with Netanyahu’s trial, they will be the death of Israel’s democracy. 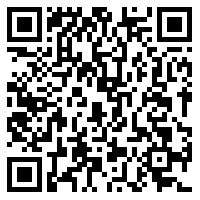