“Every legal precedent must begin at some point. … So, just because it involves the prime minister, we should delay the precedent for another time?” — Shai Nitzan, Israel’s state prosecutor, May 8, 2019, on the decision to indict Israeli Prime Minister Benjamin Netanyahu for bribery

Israel and the United States are very different in many ways. Geographically, they are separated by the width of an ocean and the breadth of a continent. The population of the United States is almost 40 times that of Israel’s and its land mass more than 450 times bigger than that of the Jewish state. Israel was founded on an ethos of socialist collectivism; America on an ethos of capitalist individualism.

Yet despite the dramatic physical, societal and political differences between the two countries, a very similar (and disturbing) process is taking place in the polities of each of them.

In both countries, we are witnessing a blatant, thinly veiled attempt by a frustrated left-of-center opposition, fearing itself unable to unseat a duly elected right-of-center head of the executive branch via the polls, resorting to clearly contrived and contorted legal machinations to do so.

In Israel, the head of the executive branch, Prime Minister Benjamin Netanyahu, has been submitted to an unrelenting drive to bring an indictment—any indictment—against him that has long exceeded the bounds of reasonable law enforcement.

This perverse and perturbing syndrome was succinctly portrayed by veteran pundit Isi Leibler in a piece titled “Dysfunctional Politics and Disgraceful Behavior.”

“Ever since he was elected to lead the Likud and especially after he became prime minister, the mainstream media has ceaselessly sought to besmirch him and his family. No other democratic leader has been continuously vilified to such an extent. The liberal Israeli media has had more front-page coverage of Netanyahu’s alleged personal failings and vague accusations of corruption than coverage of the turbulent and bloody events in the region that threaten our very survival.”

Ever since his unexpected, razor-thin 1996 victory over Shimon Peres (then the left-leaning liberal establishment candidate for the premiership), Netanyahu has been hounded and harassed by his political rivals within Israel’s entrenched civil society elites and subjected to a maelstrom of allegations that range from the petty to the preposterous.

For two decades, he has been assailed by the self-appointed bon-ton set, who saw him as an impudent upstart usurper of their Divinely ordained right to govern.

As their astonished disbelief morphed into visceral rage, a cavalcade of charges was unleashed, admonishing him (and/or his spouse) for irregular use of garden furniture, the employment of an electrician, the proceeds from the sale of recycled bottles; payments to a moving contractor, an inflated ice-cream bill (no kidding), the cost of his wife’s coiffure, meals ordered for the official residence from restaurants; and expenses involving the care of his ailing 96-year-old father-in-law.

Significantly, the recriminations against him rarely, if ever, related to the way he discharged the duties of the office to which he was elected.

Finally, in November of this year, Netanyahu was indicted on three counts of breach of trust and one count of bribery. As I have pointed out elsewhere, the charges seem anything but compelling. Indeed, they have been excoriated by an impressive array of internationally renowned legal experts as being wildly inappropriate and posing a serious danger for democratic governance in the future.

But not only legal experts appear dubious as to the substantive merit of the indictments. As the continuing widespread support for Netanyahu underscores, many in the general public remain unconvinced on this matter. Understandably, for a layman, one’s sense of puzzlement and skepticism is inevitably increased by the fact that the State Prosecution has as good as admitted that Netanyahu could not be indicted on the basis of well-established legal practice—and to do so, new legal precedents needed to be invoked (see introductory excerpt).

Similar sentiments were expressed recently by Aharon Gerber, deputy head of the Kohelet Policy Forum’s legal department. He writes: “The prime minister’s opponents are willing to disregard the Basic Laws as they try to set legal precedent that will send him home; it’s no wonder that public confidence in the rule of law has been greatly diminished.”

He goes on to note: “The widespread support awarded to Netanyahu despite his indictment exposes an issue that will not go away when his legal battles are over.”

According to Gerber: “Most of his supporters … have already lost their faith in the justice system. Deviation from the Basic Laws and the creation of a legal precedent fuels public rage.”

He suggests: “The solution is to apply the natural boundaries of legal discourse” and warns: “ … Any attempt to deviate from the norm by creating ad hoc legal standards will not lead to a model society, but rather an anarchic one.”

On the other side of the Atlantic, a very similar farcical fiasco has been unfolding.

In America, the duly elected right-of center head of the executive branch, U.S. President Donald Trump, has also been under sustained assault by his left-of-center opposition, which is attempting to remove him from office by means other than the ballot box.

Of course, since Trump has not been involved in politics as long as Netanyahu, he has not been hounded and harassed for decades as has the Israeli prime minister. However, he has had the specter of impeachment brandished at him almost from the moment he stepped into the political arena.

Indeed, as early as April 2016 (some seven months before the elections and almost 10 months prior to his inauguration), Politico reported: “Donald Trump isn’t even the Republican nominee yet. But ‘impeachment’ is already on the lips of pundits, newspaper editorials, constitutional scholars and even a few members of Congress.”

It thus appears that an endeavor to unseat Trump was virtually preordained even before he could commit any act as president, whether praiseworthy or pernicious, that could even be remotely considered meriting impeachment.

Similarly, on the very day of his inauguration (Jan. 20, 2017), The Washington Post ran a piece headlined “The campaign to impeach President Trump has begun,” in which it cited Anthony D. Romero, executive director of the American Civil Liberties Union as saying: “We think that President Trump will be in violation of the Constitution … on day one … .”

Then there was radical freshman, Rashida Tlaib (D-Mich.), who shortly after being sworn in to the U.S. House of Representatives following the November 2018 elections set out the mission to which she had dedicated herself. With her uniquely “refined” rhetoric, she told a cheering crowd: “ … we’re gonna go in there and impeach the motherfucker.”

As time passed, the clamor for impeachment persisted.

Tlaib’s cronies in the infamous radical “Squad,” including Alexandria Ocasio-Cortez (D-N.Y.) and Ilhan Omar (D-Minn.),  joined in the witch hunt. Similarly, in April 2019, the current contender for the Democratic presidential nomination, Elizabeth Warren  called for the impeachment of Trump—after opposing it only several months previously, in the hope that the Mueller Report would produce damning proof of impeachable offences, hopes that were soon to be dashed.

To be fair to the Democrats, initially, the party’s mainstream establishment was loath to pursue impeachment—as illustrated by the reluctance of the Speaker of the House, Nancy Pelosi (D-Calif.).

In a wide-ranging Washington Post interview in March this year, headlined, “Nancy Pelosi on Impeaching Trump: ‘He’s Just Not Worth It,’ she excoriated Trump, pronouncing: “I don’t think he’s fit to be president of the United States. [He is] ethically unfit. Intellectually unfit. Curiosity-wise unfit.”

However, despite all this, she shied away from endorsing impeachment as being too divisive. She stated explicitly: “I’m not for impeachment. Impeachment is so divisive to the country that unless there’s something so compelling and overwhelming and bipartisan, I don’t think we should go down that path, because it divides the country”, adding dismissively: “And he’s just not worth it.”

In this regard, it is intriguing to compare Rep. Jerry Nadler’s (D-N.Y.) reticence regarding the prudence of impeachment prior to his selection as chairman of the House Judiciary Committee with his current zeal in pursing it (see opening excerpt). Thus, in December 2017, Nadler warned against doing precisely what he later embraced with such partisan fervor: “There’s not much point in impeaching a president and having him acquitted in the Senate as happened with Clinton.”

He added: “If you are actually going to remove a president from office, you are in effect nullifying the last election,” cautioning: “Certainly the people who voted for him will think you’re nullifying the election … ”

According to Nadler: “It may be necessary to do that—as long as you have persuaded a sufficient fraction of the president’s former supporters, the people who voted for him, that you have to, that it’s necessary.”

However, with the passage of time and the accumulation of Trump’s policy successes, the Democrats began to despair—and the more sober elements began to cave into pressure from the more radical ones in the party—eventually adopting the very path they advocated avoiding.

Thus, Pelosi embraced an impeachment endeavor that was anything but “compelling, overwhelming and bipartisan” as she prescribed, while Nadler rode roughshod over the very caveats he himself articulated—attempting to nullify elections without enlisting an iota of support from the Trump electorate or the Republican Party.

Moreover, there is no realistic prospect that the president will be ousted by the Republican-dominated Senate, rendering the entire impeachment initiative headed by Nadler pointless by the self-same criterion he himself laid out.

Accordingly, any fair-minded analysis of the motivations behind the Netanyahu indictment and the Trump impeachment will swiftly reveal them to be far more a pursuit of power rather than a pursuit of justice. Political rivals, frustrated by a recalcitrant electorate, have turned to disingenuous and manipulative uses of the law to achieve what their political platforms, personalities and performance could not.

In this sense, both are little more than a blatant attempt to choreograph a coup, with the law as no more than a prop on their political stage. 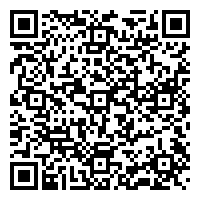