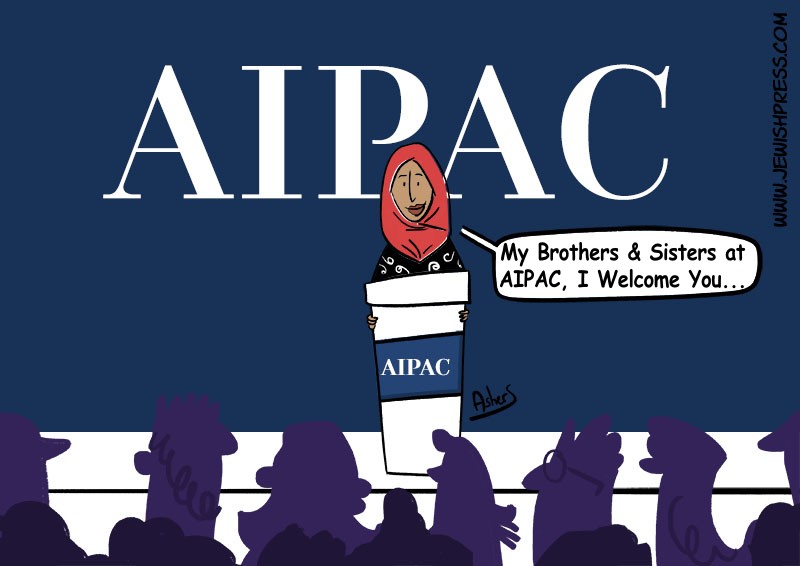 The brouhaha over the ruckus that erupted last Thursday between the Netanyahu government and the two radical, anti-Israeli Congresswomen, Ilhan Omar (D-MN) and Rashida Tlaib (D-MI), refuses to subside.

It continues to generate headlines even after almost a week since Israel reversed its original decision to allow them to visit the country—invoking a 2017 law that permits the government to bar entry to foreign citizens, who support anti-Israel boycotts. Coincidently—or not—this dramatic change of heart took place soon after President Trump posted a somewhat caustic tweet, deriding Israel’s previous position to permit their arrival.

Thus, on Monday (8.19.2019), the two held a well-choreographed and emotive press conference , unsurprisingly well-covered in the international media, in which they lambasted Israel for its heavy-handed “oppression” of the Palestinians and its “undemocratic” prohibition of their planned trip. Likewise, they urged other US law-makers to visit Israel to discover for themselves the “iniquitous realities” that, according to them, prevail here.

Israel’s perceived capitulation to Trumpian pressure sparked wall-to-wall condemnation from the Democratic Party—even from long-standing Israel supporters. A good number of pundits warned that the barring of the Democratic Congresswomen could herald the end of the era of bipartisan support for Israel, and expressed concern over what might await it in a post-Trump era—or at least, a post-Republican era.

Cleary, the requested visit by two of Israel most vehement detractors created an extremely awkward situation for the Netanyahu government. Equally clearly, the government’s clumsy vacillation in dealing with the problem was anything but flawless, and created a number of irksome questions marks as to its conduct—for itself and for its advocates in the public arena.

However, despite any misgiving one may have over the government’s handling of the “hot potato” left at its doorstep, the Omar-Tlaib episode—and the intensity of the reactions to it—raise several troubling issues.

Bipartisanship: At what price?

The first of these is the question of the price that Israel is called upon to preserve bi-partisan support for it.  After all, no-one can assume that the two fiercely anti-Israel Congresswomen would not exploit their stay in Israel to inflict the maximum possible damage on it—irrespective of any “inconvenient facts” they might have happened to encounter on it.

Accordingly, if Israel is required to forsake important national interests in order to appease a party, in which some of its most prominent members are viscerally opposed to the Jewish state, one might very well question the value—even, the very point—of preserving such bi-partisanship. Indeed, at some point, bi-partisanship may well cease to be an invaluable asset and become a burdensome liability instead!

In this regard, perhaps the most telling—and most surprising—censure came from the prestigious and powerful pro-Israel lobby, AIPAC, which, as a rule, has consistently backed the decisions of the Israeli government—virtually without exception.  Accordingly, public reproach from an organization so closely identified with pro-Israel advocacy is, without doubt, extraordinarily significant.  Of course, for AIPAC, the issue of bi-partisanship is an almost sacred value, the very “holy grail” of its political influence. Indeed, it attributes—with considerable justification—much of its political stature and sway to its ability to harness such bi-partisan support for Israel. It is thus, clearly understandable that it will react negatively to any development that appears to threaten that ability.

However not withstanding AIPAC’s discomfort in the Omar-Tlaib case, there is more that hint of hypocrisy in its joining the general assault on Israel.

After all, it would be difficult—even impossible—to imagine that the AIPAC leadership would extend an invitation to either Omar or to Tlaib to address its annual convention, and to provide them an opportunity to publically berate Israel and blacken its name with baseless accusations.

Accordingly, the trenchant question that this raises is the following: If AIPAC would not permit access to Omar and Tlaib to allow them a platform to denigrate Israel, why would it find fault with Israel for not permitting them access to a very similar platform?

This, then, is the question, which should be directed at the AIPAC leadership—and which they should be called on to address.