{Written by Adi Schwartz and originally posted to the BESA website}

Preliminary signs suggest that the US administration might be about to cease its funding for the United Nations Relief and Works Agency for Palestine Refugees in the Near East (UNRWA).

Two weeks ago, Foreign Policy reported that in internal email correspondence, Jared Kushner, US President Donald Trump’s senior adviser and son-in-law, wrote to his colleagues: “It is important to have an honest and sincere effort to disrupt UNRWA. This [agency] perpetuates a status quo, is corrupt, inefficient and does not help peace. Our goal cannot be to keep things stable and as they are… Sometimes you have to strategically risk breaking things in order to get there.” Earlier this year, the US slashed its contribution to UNRWA by half, signaling its growing displeasure with the agency.

The US contributes some $350 million annually to UNRWA out of a $1.2 billion budget. A complete American withdrawal from UNRWA would be a significant step, as it would signal that for the first time in decades, Washington is willing to touch upon the core issue of the conflict: the question of Israel’s existence within any borders.

UNRWA was created in 1950 to resettle the 600,000 Palestinians who had been displaced during the Arab-Israeli war of 1948. While the Western powers did in fact do everything they could to help the Palestinians rebuild their lives, the Arab world used UNRWA to perpetuate the problem rather than solve it. For the Arab world and the Palestinians themselves, resettling the refugees would have meant making peace with Israel, and that they were not willing to do. To the Arabs, the State of Israel was a grave disruption of the natural order, and the only remedy could be the repatriation of Palestinian refugees – thus turning Israel into an Arab state.

The US supported UNRWA for decades, even though it knew the agency is a disruptive organ that harms the prospects for peace, keeps the Palestinians locked in a trap of dependency, and threatens Israel’s security. UNRWA lists over 5 million Palestinians as “registered refugees” and has long encouraged them to dream that someday they will resettle in Israel. This falsehood – the most significant obstacle to achieving peace – is a euphemism for the Arab desire to completely undo the State of Israel. The US, along with other Western powers, continued to sustain UNRWA all these years as a means of appeasing the Arab world. UNRWA is thus a relic of the Cold War era.

For the past few decades, the West has treated the Arab-Israeli conflict as a territorial dispute. Since the June 1967 war, the prevailing motto was “land for peace,” which meant that in return for territory, Israel would receive peace from its neighbors. An American decision to withdraw from UNRWA would signify that the US believes the dispute to be not territorial but existential. By addressing the core ethos of the Palestinians – that the entire land is theirs, and therefore all “registered refugees” should be entitled to “return” – the Trump administration could make an invaluable contribution to Israel’s security as well as to the prospects for future peace. Only by dealing directly with the intransigent worldview of the Palestinians, as epitomized by the “refugee” problem and the Palestinians’ demand for the “right of return,” will peace be possible in the future.

This would be the first time the Palestinians pay a price for their intransigence. Up to now, they have been encouraged to harden their position every time they refuse a peace deal offered to them by Israel. When they said no to Ehud Barak’s peace proposal at Camp David in July 2000, they received a better offer from Bill Clinton a few months later. When they refused that offer, they were offered another, still better deal by Ehud Olmert in 2007-2008. They refused that offer as well. The inner logic of the peace process until now was that the Palestinians might as well keep on saying no, since doing so brings them better offers.

If Trump pulls all US funding from UNRWA, he will break this twisted logic. The message will be: If you are going to turn down peace proposals, do not expect better ones to follow. Intransigence breeds less negotiating power, not more.

By withdrawing from UNRWA, the Trump administration is trying to take the refugee problem off the table – a sensible move, since it has always been a non-starter. There is wide consensus in Israeli society not to allow Palestinian “registered refugees” to “return” to Israel, so the Palestinian demand for a “right of return” – their standard code word for Israel’s destruction through demographic subversion – has blocked every attempt at peace negotiations in the past.

An American decision to stop supporting UNRWA would be an announcement that the US understands that the “refugee problem” is a political disguise for the Palestinians’ real aim, which is to dismantle the State of Israel entirely. Removing this disguise would do a huge service not only to the cause of peace but also to the security and future of the Jewish State.

(Adi Schwartz is a PhD student in the Department of Political Science at Bar-Ilan University and co-author of a recently published book on the Palestinian refugee problem, The War of Return (Hebrew)) 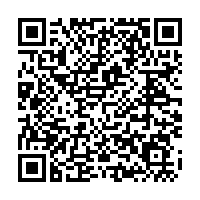