After the White House announced blocking funding for UNRWA last week, the US military on Sunday said it is eliminating a $300 million aid package to Pakistan over Islamabad’s failure to take action against terror groups.

According to a Pentagon spokesman, the US military will spend the money on other “urgent priorities.”


In the past, President Donald Trump accused Pakistan of deceiving the US by accepting billions of dollars in US aid while doing nothing in return.

“Due to a lack of Pakistani decisive actions in support of the South Asia Strategy the remaining $300 million was reprogrammed […] for other urgent priorities,” the Pentagon’s statement went, adding that the Defense Department “is awaiting congressional determination on whether this reprogramming request will be approved or denied.”

President Trump’s predecessors, Barack Obama and George W. Bush, were also critical of Pakistan’s duplicity in accepting Western funds while turning a blind eye on the Islamist terrorist groups that thrive within its borders. Trump, however, is the first president to turn his displeasure with the Pakistanis into a financial penalty.

According to experts, even without US aid, Trump could order airstrikes on Islamist targets inside Pakistan, and even impose sanctions on Islamabad for supporting those terrorist groups.

The Trump aid cut may boost the pro-Western forces in Pakistan’s government. Some analysts suggest the Pakistani military is bringing Islamist jihadist groups into the country’s political arena in order to thwart the more secular political forces. Being hit economically could weaken the ability of the military to dominate Pakistan’s politics.

According to the Pentagon spokesman, another $500 million in aid to Pakistan was cut by Congress earlier this year, bringing the total amount denied to $800 million. 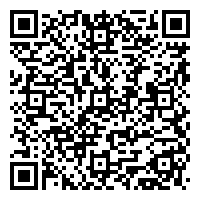