New York State Senate candidate Julia Salazar has the pro-Jewish / pro-Israel world vaguely annoyed… while we are having a sandwich for lunch. Others in recent weeks have occasionally noted her existence with a raised eyebrow over their Wheat Chex.

There have been a few notes concerning this person including, for example, the Tablet piece by Armin Rosen.


She is a new figure on the scene, coming on the heels of Uncle Bernie, following other self-righteous political “women of color” who despise Israel.

There are, at least, three reasons why many of us find her vaguely annoying.

1) Her apparently untrue claims to be Jewish.

The first two reasons combined represent her cocky, devil-may-care, progressive-left, anti-Zionism “as-a-Jew” anti-Israel schtick. There are few things that pro-Israel Jews enjoy more, after all, than semi-maybe-Jews using their sorta Jewishness to urinate all over the Jewish state of Israel.

The third reason is her socialism. It amazes me that after so many examples of failed twentieth-century socialist states — not to mention the current Venezuelan misery — that socialism is back in fashion among twenty-something hipster politicians like Julia Salazar and Alexandria Ocasio-Cortez, who describe themselves as “Democratic Socialist.”

I think that we need to be cognizant of the difference between regulatory capitalism and socialism. And I recognize that these terms have different political resonances between North Americans and Europeans and Israelis. Sometimes when people in the US talk about the need for “socialism” what we are referring to is the need for a sound economic social safety-net and basic rules concerning racism and sexism in hiring and firing, as well as environmental and industrial safety rules, and so forth.

When I was a younger man this meant “social justice” and it essentially referred to the ideological liberalism of people like Martin Luther King, Jr.

I am a liberal, but we need to stop confusing the hard American-Left with liberalism.

They are not the same thing.

Given the fact that Salazar is running for a significant public office, when she refers to herself as a “socialist” we must assume that she means it in the formal definition of that term. That is Julia Salazar, who is running for a seat on the New York State Senate, believes — according to the very definition of the word socialism — that the workers should own the means of production.

What this requires is the government obtaining ownership of private property through violence and/or the threat of violence. There is no possible way to bring about socialism by democratic means, despite the most well-meaning claims of the Democratic Socialists of America. Theft can only be obtained through force because it is only through force that the “bourgeoisie” will simply hand over their property to the government.

{How many of us here are rabbis or priests?}

But it seems obvious to me that if we oppose this candidate we should do so not on religious grounds, but political ones. She is a member of the New York branch of the Democratic Socialists of America.

As scholar Paul Berman tells us in Tablet on August 7, 2017:

The national convention of the Democratic Socialists of America voted the other day in favor of the boycott-Israel movement, or BDS, and the success of the pro-BDS resolution caused the assembled delegates to break out into a rousing chant of “From the river to the sea/Palestine will be free!”

The issue is not Salazar’s Jewishness. It is the antisemitic anti-Zionism embedded within the progressive-left and, thus, also within the Democratic Party.

The best grounds to oppose Salazar should have nothing to do with her personal religious or ethnic claims but on her antisemitic anti-Zionism. 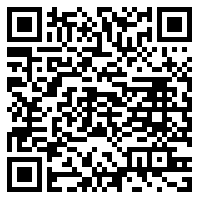