In the wake of its controversial decision to host a panel discussion on anti-Semitism that includes Linda Sarsour and Rebecca Vilkomerson, the executive director of Jewish Voice for Peace (JVP), the New School chose to defend its choice of panelists, saying that engaging in “debate” is critical to its role as an academic institution and that there are “differing views on the issue of anti-Semitism.”

In order to deflect from the criticism, the New School offered to have a second panel, to be organized by Tablet Magazine, whose writer Liel Leibovitz had criticized the Sarsour panel, and featuring ADL CEO Jonathan Greenblatt, who had tweeted, “Having Linda Sarsour & head of JVP leading a panel on #antisemitism is like Oscar Meyer leading a panel on vegetarianism.”

One would think that anti-Semitism, bigotry against Jews, is a bad thing and not something that is subject to debate.

Going by the widely-accepted definition of anti-Semitism which includes applying double standards to Israel and “denying the Jewish people their right to self-determination, and denying Israel the right to exist,” Sarsour and Vilkomerson fit the definition of “anti-Semite,” as they are both advocates of the Boycott, Divestment and Sanctions (BDS) campaign against Israel.

While BDS proponents, like JVP, couch their advocacy for boycotting Israel in terms of promoting peace, by embracing the movement, they are embracing the vision set out by its leading advocates who are not so circumspect.

Omar Barghouti, who founded Palestinian Campaign for the Academic and Cultural Boycott of Israel, has said, “[Israel] was Palestine, and there is no reason why it should not be renamed Palestine.”

As’ad AbuKhalil, a BDS advocate, was even more direct, “The real aim of BDS is to bring down the state of Israel….That should be stated as an unambiguous goal.”

Sarsour and Vilkomerson have every reason to want a debate about anti-Semitism, it deflects from the fact that they, by definition, are promoting anti-Semitism.

But the problem goes beyond the upcoming New School panel. Anti-Semitism is in too many ways whitewashed, denied or ignored. It isn’t just debated, but it is treated benignly. Consider some other recent examples:

Earlier this week, Shiri Moshe of the Algemeiner reported that the president of the student group J Street U said that it is “unfair and unhelpful overreach” to describe those advocating for the destruction of Israel as anti-Semites as that would ignore “the nuances and sensitivities of a complicated political debate.” It isn’t clear what nuances there are when discussing the destruction of the world’s only Jewish nation.

Reporting on last month’s Grand Slam Judo Tournament hosted by the United Arab Emirates, The Washington Post reported that the UAE defied the International Judo Federation and refused to allow the Israeli athletes to identify their national team on their uniforms. Though the UAE asserted that it didn’t allow the display of Israeli symbols in order to protect the athletes, the Post noted that UAE maintains “no diplomatic ties with Israel.” Overall though, the Post characterized the banning of Israeli symbols to “international politics.” Really? Is any other nation in the world treated this way?

In August, The New York Times reported that two Iranian soccer players were banned for life from the national team, because the Greek team they played for had competed against an Israeli team. Critics of the move, according to the Times, “say the ban on competing against Israel has hurt the development of Iranian athletes.” And while the report acknowledges that Iran doesn’t recognize Israel, it failed to mention that its leaders regularly call for Israel’s destruction, a sign not of a diplomatic dispute but of deep-seated hatred.

The problem with the New School’s call for debate is that it obfuscates the issue. It allows individuals whose views are abhorrent to obtain a cover of respectability.

What we need is clarity, not debate.

When an individual, entity, or nation singles out Israel for criticism that it applies to no one else, or denies that Israel has a right to exist, they are anti-Semitic and are deserving of censure.

Holding anti-Semites accountable may not be nuanced, but there’s no reason that anti-Semitism should continue to be excused. 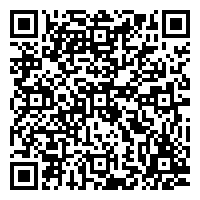