Earlier this month, a pricing error in El Al’s reservations system resulted in tickets to Israel being sold online for prices as low as $325, all included.

Word of the fare went viral via consumer websites, tweets and e-mails. Before El Al could fix the error, some four hours later, somewhere between 5,000 and 8,000 people were flying high on cloud nine.


There may be a positive and even inspiring aspect to this story. Our bond with Israel is real and it is strong. We have a constant yearning to visit it, to walk its streets, to touch its stones, to be enwrapped in its holiness. If the “right” price comes along, we’ll drop everything and go.

Alas, this was not the “right” price. It was the wrong price.

With the computer error fixed, word spread quickly that there was no “wild sale.” Rather, a data entry mistake – human error – caused the online systems to display the fare at some 75 percent less than the actual price. Though El Al is taking a huge loss, it will honor the tickets. The airline also offered buyers the chance to forgo the ticket and get a full refund.

Many people did the right thing and cancelled their tickets. The overwhelming majority, however, have not.

To those who choose to travel to Israel on the wings of someone else’s loss, I ask: What if the shoe were on the other foot? We’re all human. We all make mistakes. Do you want to live in a society where any error on your part will be exploited by others, causing you huge financial losses?

What does it say about us when websites look to find a supplier’s glitch or error and then (with great glee) advise their members to pounce on it?

One such website, run by an Orthodox Jew, set out a list of “The Rules of the Deal” – the first one being, “Don’t talk to the airline or companies offering a deal that seems too good to be true. Do you really want to kill it for everyone?”

I would ask this webmaster: Are these the ethical Jewish teachings of your rabbis?

Think about it: An employee of yours makes an innocent mistake. The potential loss to you, to your pocket, could be in the tens of thousands of dollars. How you would feel if someone was on the Internet telling the world to “hurry up and take advantage” of your mistake? How would you feel as you saw thousands of your hard-earned dollars going down the “human error” drain?

Is it the price of doing business? Yes.

Would you like it if you were the one losing money? Obviously you would not.

Sadly, Mr. Webmaster, your first “Rule of the Deal” is the farthest thing from Judaism’s First Rule, the most basic lesson we are taught from childhood. It is Hillel HaZaken who encapsulates the entire Torah into the Jewish “Rule of the Deal”: Do not do to others that which you would not want them to do to you.

While there were some rabbis who wrote long, intricate articles explaining why it’s not assur (prohibited) to exploit the error of the Jewish airline, that’s far from the end of the matter.

By copying rather than purchasing a CD, he explained, you are obviously causing the publisher to lose money on his large initial investment.

“The greatest achievement of a Jew” said Rav Belsky, “is to develop the sensitivities…that a Jew is supposed to have…. [The Torah teaches us, in Shemot 23:9] ‘Don’t be cruel to the stranger, because you were once strangers in Egypt’…. [As Jews we need] to have the hergesh [feeling] of someone else’s pain, [especially] when you are [the one] causing that pain…. If the person [who is illegally copying a CD]…doesn’t feel that he’s doing anything wrong, then I think he has another problem; it’s not a problem of gezel [theft].” 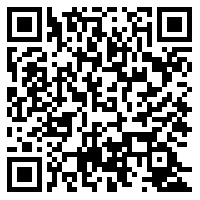