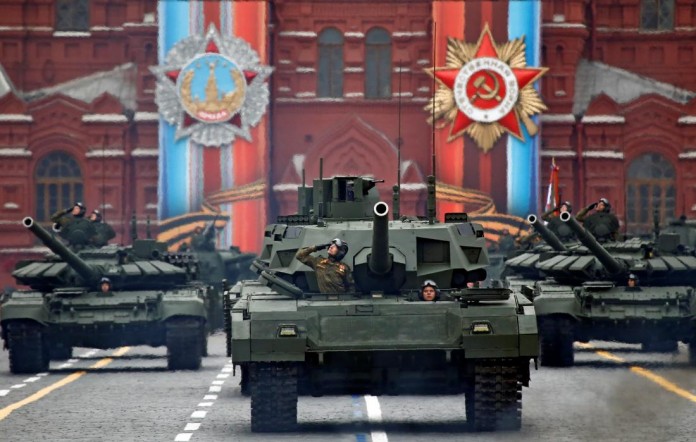 If you’re old enough to remember the darkest days of the movement to free Soviet Jewry, the news last week that the Russian Justice Ministry has asked a court to close down the operations of the Jewish Agency in Israel in that country seems ominously familiar. In the Soviet era, the Communist regime wasn’t just preventing Jews from leaving. It was, as had been the case since the Bolshevik coup in 1917, openly anti-Semitic. Indeed, the Communists were even more oppressive than their tsarist predecessors in terms of suppressing Jewish life and the practice of Judaism.

The Russian move against the Jewish Agency would make it much harder for those Jews who want to leave a country that has become an international pariah due to its invasion of Ukraine. It also could be a harbinger of a return to the Jew-hatred that was so much a feature of life in the Eastern European monolith prior to the breakup of the Soviet Union.


The reason for this seems to be an effort to get Israel to return to a stance of neutrality in the war Russia launched on Ukraine in late February. That’s a position the Jewish state changed after pressure from Ukrainian President Volodymyr Zelensky, the West and many Israeli citizens, who all thought that Israel needed to side with the victims.

These worries about Russia and anti-Semitism were supposed to be buried in the past.

After the collapse of the Soviet Union, those Jews who remained were in a country that embraced an authoritarian government led by Vladimir Putin, an ex-KGB agent. Putin was a thug determined to crush anyone who opposed him and his corrupt regime. He was also obsessed with reversing the verdict of history—whereby Russia had been demoted to the status of a second-rate power—and sought to recreate the old Soviet and tsarist empires.

Yet unlike the Communists and the tsars, Putin was seemingly immune to the virus of anti-Semitism. Jewish life in his Russia was allowed to thrive with synagogues, schools and community centers, many of which opened and were built brand-new under his watch.

Equally important, Russia has generally good, albeit complicated, relations with the State of Israel. On the one hand, Putin was happy to cultivate Israeli leaders and to regard the vast number of Israelis with ties to Russia as part of his country’s Diaspora, rather than despised émigrés. Though Putin’s Russia was not the engine driving anti-Zionism and anti-Israel terrorism in the Third World the way the Communist government had been, it also regarded some of the Jewish state’s worst enemies, such as Iran and Syria, as allies. His equivocal stance on the Iranian nuclear threat, which may have had more to do with his desire to annoy the United States whenever possible, was also problematic.

Russian intervention in the more than decade-long Syrian Civil War on behalf of the brutal Bashar Assad regime also turned Russia into one of Israel’s neighbors. The Russian military occupation of parts of Syria, and its close ties with Assad and Iran, became a crucial factor in Israeli defense policy.

There again, rather than aiding Iran’s efforts to wage a proxy war on Israel, Putin’s allowing Israel to attack Iranian and Hezbollah terrorists in Syria demonstrated that whatever his other grievous faults, he was not an implacable foe of Israel and the Jews.

But his decision this year to launch a brutal invasion of Ukraine throws all previous assumptions about him into doubt.

To date, the justified horror of international opinion about the toll of suffering his ambitions regarding land grabs of Ukraine have exacted has isolated Russia. Contrary to expectations, it doesn’t seem to have put him or his regime in danger. Despite setbacks in the opening months of the war due to fierce Ukrainian resistance, the Russians are still holding onto occupied territory and stepping up the pressure on the Kyiv government with military actions that are killing more civilians. Just as troubling, the economic sanctions slapped on Moscow have done more damage to the West with rising gas prices in the United States, as well as worries about the supply of food and the flow of natural gas in Europe, than they have on the Russians.

Still, in a war where the stakes are this high, the Putin regime is willing to play every card in its hand. And one of those involves pressuring Israel to avoid further involvement in a war, including the sending of weapons to Kyiv, to which it has already sent humanitarian supplies to Ukraine and accepted numerous refugees.

It may have been predictable that in wartime, Russia might revert to policies that discourage emigration. Still, Putin has to know that an attack on the Jewish Agency, whatever the pretext, will elicit a furious response from the Jewish world.

Fury at this echo of a sordid anti-Semitic past is justified. Yet it would be wise to avoid using this as a reason for simply writing off the progress that had been made with respect to Jewish rights and Russian-Israel relations.

Should Putin actually allow the shutting down of the Jewish Agency, it will be clear that both Israel and the Jews will have no choice but to do everything in their power to help his enemies and to push for his complete isolation and ouster. Until that happens, the correct course of action is to allow diplomacy on the part of Israel and Jewish organizations to be given time to work. Israel need not cower before Russia or pay any kind of ransom to Putin. Instead, it must be made clear to him that it is in his interests to avoid being labeled an anti-Semite.

Nor should the natural sympathy for the Ukrainian victims in this war, as well as outrage at Russian aggression leading to inappropriate analogies to World War II or even the worst excesses of Stalinist anti-Semitism blind us to the truth about Ukraine.

Zelensky has done an excellent job embodying his country’s resistance; however, as a recent New York Times story about a shake-up in his government made clear, his government is not quite the Jeffersonian democracy that many of his country’s supporters like to portray. It is obsessed with “treason” among the population, which has so many Russian speakers and people with ties to both countries. It may also come as a surprise to Western readers to learn that even before this war, Ukraine had the largest security apparatus of any country in Europe with more than six times as many personnel as Britain’s vaunted MI5 agency.

That, coupled with its well-earned reputation for corruption and suppression of press freedom, is a reminder that in some respects (and despite Zelensky’s PR offensive), Ukraine has more in common with other troubled post-Soviet republics than most Western democracies.

No matter his Jewish origins, Zelensky’s spouting of Soviet-era propaganda about Ukraine during the Holocaust in his speech to the Knesset also made clear that he is as much a product of the old Soviet Union as the symbol of a plucky democracy fighting for its life.

Given Ukraine’s own history of anti-Semitism and its current obsession with treason by those citizens who sympathize with Russia, can anyone really be sure that—as is the case now with Putin’s actions—the Jews there won’t somehow be dragged into that mess, too?

Even so, the Russians remain the villains in this story with Ukraine deserving sympathy and help, even if questions about the dimensions and cost of that aid deserve answers. If diplomacy can produce a solution that will avoid endangering Jewish life in Russia as well as heating up Israel’s border with Syria, then it must be vigorously pursued. For now, it’s time for those who are prepared to act as if we were back in the 1970s with a captive Jewish population under the thumb of anti-Semitic tyrants to pipe down and remember that today’s challenges are different from the ones faced then.