The Catholic University of Leuven, the oldest university in Belgium and one that has been a major contributor to the development of Roman Catholic theology for more than 500 years, will offer a degree in Islamic theology beginning in 2014.

The decision by KU Leuven, as the university is commonly known, to focus on Islam follows similar moves by other leading universities in Europe and reflects the growing influence of Islam on the continent.

The proliferation of degree programs in Islamic theology is being justified by European governments — which are subsidizing the teaching of Islam in European universities with taxpayer money — as a way to “professionalize” the training of Muslim imams, or religious teachers, many of whom do not even speak the language of their European host countries.

Some European governments believe that by controlling the religious education of imams, they can promote the establishment of a “European Islam,” one that combines Islamic principles and duties with European values and traditions such as the rule of law, democracy, human rights and gender equality.

But critics say such efforts to create a “European Islam” are naïve and misguided, and will serve only to contribute to the “mainstreaming” of a religious and political ideology that is intrinsically opposed to all aspects of the European way of life.

The KU Leuven degree in Islamic theology will be offered within the department of World Religions, Interreligious Dialogue and Religious Studies (WIDR). The program is intended only for those who already have a bachelor’s degree, a requirement that would appear to eliminate the chances for admission for a vast majority of the imams in Belgium and elsewhere in Europe.

Moreover, KU Leuven’s Islam courses will be taught only in Dutch, a linguistic barrier that will presumably exclude many other practicing imams from participating in the degree program. In addition, the university has not yet revealed who will be teaching the courses on Islam, nor has it published information concerning the academic credentials of the professors who will be running the new program.

In order to earn the degree, students must prepare a thesis and also complete an internship as an Islam counsellor in public institutions such as hospitals, youth programs and prisons, etc.

Belgian opinion-shapers are casting an overwhelmingly positive light on KU Leuven’s decision to teach Islamic theology, a move that has been closely coordinated with the government in Flanders, the Dutch-speaking northern part of Belgium.

Flemish Education Minister Pascal Smet says the new program, which will be launched in February 2014, will be an important step in creating an “academic framework for Islam” in Flanders.

Smet, who has headed a steering committee of representatives from universities and local Muslim leaders, has been instrumental in funneling €100,000 ($135,000) of public money to compensate KU Leuven for teaching the courses on Islam during 2014 and 2015.

Flemish MP Ludo Sannen, who has studied the approaches to training imams used by other European countries, says that working with existing universities is more cost-efficient than starting an Islamic theology program from scratch.

In an interview with the Flemish daily newspaper De Standaard, Sannen says, “We need to train our own imams and Islamic theologians so they approach Islam from our environment and are better integrated.”

The KU Leuven Islam program has also benefited from the support of the Flemish Minister for Integration, Geert Bourgeois, who sponsored a major study on Islam in Flanders that was carried out by a consortium of Flemish universities in 2011.

The 80-page study, “Imams and Islamic Consultants in Flanders: How are they Organized?,” states that Muslim leaders in Belgium are mostly unfamiliar with Flemish language and culture, and often make reference to the reality of Islam as it is practiced in the Middle East. As a result, imams are ill-equipped to answer the questions of the younger generation of Muslims in Belgium and help them with their problems. Feeling misunderstood, “the younger generation of European Muslims is therefore looking for religious leaders who speak their language and know their world.”

In an interview with the Flemish newspaper De Morgen, Bourgeois says the KU Leuven Islam degree as currently conceived has a number of shortcomings. He says that over time the program should be customizable for the needs of individual imams, and that courses must be taught in a second language, presumably Arabic. In this way, according to Bourgeois, the degree program will “better reflect the specific needs of imams.” 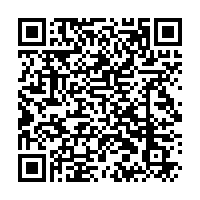