It ain’t looking good from any angle you look at him, but in a wide-ranging interview with BuzzFeed Monday night, Anthony Weiner appeared defiant and hopeful about his chances winning the New York City mayoral race this fall.

“Remember the job you’re voting for. You’re voting for someone to be your mayor, OK? So what do you want for that job? If you want someone that has a spotless personal record, well, you haven’t had a good mayor in years,” Mr. Weiner said.

Asked by Ben Smith why voters are giving him a harder time than Bill Clinton, Mr. Weiner blamed it on the media’s coverage of his sexting scandal. “Coverage has been fairly brutal,” Mr. Weiner said. “I think that there’s this dialogue that goes on about the things in my private life and then there’s this conversation that voters want to have about issues and they’re always in competition. And to try to get the latter to happen you’ve got to clear out the former and to some degree, this has run a fairly predictable course.”

He accused some members of the media of going out of their way to write negative stories about him. The New York Times, he declared, “doesn’t want me to win.”

“The New York Times doesn’t want me to win… Their heads are exploding over the idea… I don’t have fealty to them. I’m not treating a New York Times endorsement as an end to itself…This is the same people that brought you a third term for Mike Bloomberg. I do not care. And it makes them nuts that I don’t care,” Mr. Weiner told Smith. 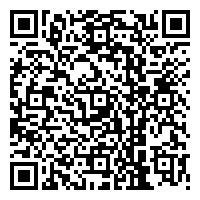