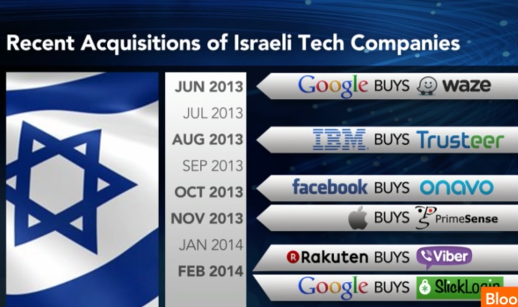 Israel is a parliamentary democracy with an advanced free market economy. Its growth is substantially due to its very high investment in technological research and development, which has made Israel the Silicon Valley of the Middle East.

Israel’s leading industries include high-tech products (encompassing aviation, communications, computer-aided design and manufacture, medical electronics, fiber optics, and more), pharmaceuticals, cut diamonds, and natural gas, among others. In order to sustain its high-tech competitive edge, Israel dedicates 4.5% of its GDP to research and development, the highest proportion in the world.

Israel is one of only a handful of nations to have succeeded in reaching the moon. The USSR and the US did so in 1966. China pulled it off in 2013. In January 2019, SpaceIL, an Israeli nonprofit organization, tried to become the first Israeli entity to land a spacecraft on the lunar surface. It got very close but failed to stick the landing.

The contrast between first-world Israel and the surrounding third-world Arab states is more stark today than ever before. Israel’s GDP per capita is almost 20 times that of impoverished Egypt and five times larger than semi-developed Lebanon. The future belongs to those who innovate, not those who happen to sit on oil. Israel’s foreign currency reserves have grown to dwarf the reserves of many of its neighbors, and economists say the windfall from its natural gas deposits should help Israel fight above its weight and compete directly with the region’s oil-rich nations in the coming years.

According to Professor Joseph Pelzman of George Washington University, “The surrounding Arab countries lost their position among the world economies due to their zeal for self-preservation from any Christian influences. Muslim countries closed themselves off to the world’s ideas, and never thought about the consequences of such action over the economy.”

In areas of the Middle East where peace is in place, economies prosper. Where it is not, the countries’ potential is held back. If peace can be achieved between Israel and its Arab neighbors, the potential economic windfall for all concerned would be astronomical.

Israeli-Arab peace would help economic development by opening up new trade routes and expanding Israel’s potential contribution across the region. Israel can provide viable solutions to some of the overwhelming challenges that plague the Middle East, including in the areas of water, energy, and sustainable industrial development.

Israel’s capabilities and economic strengths should allow it to play a much more central role in regional economic cooperation. With the combination of Israeli technology and Gulf capital, there is no shortage of synergies to be developed as the Gulf States explore visionary new economic reforms that look beyond dependence on oil revenues.

The Middle East, and the Gulf in particular, will likely be profoundly affected by climate change this century. As temperatures rise, electricity demand growth from industrial development will be transformed by demand for air conditioning and desalination. Without more mature and resilient electrical grids in place, this trend could be catastrophic for the Gulf States. A partnership with Israel’s photovoltaic (PV) market can help a good deal here, as can cooperation to solve energy and desalination problems. With Saudi Arabia, the UAE, and Israel all likely to be affected by climate change, this is a clear area for economic cooperation and co-investment.

A Middle East economic integration, including Israel, would bring peace, stability, and prosperity to the Middle East, a region with the potential to prosper over the long term through regional economic cooperation. Establishing bilateral and multilateral relationships would entail the formation of regional industries via international bodies and independent international consortia.

Ultimately, once peace is achieved, the Middle East can unite into a common market, the very existence of which would foster a collective interest in maintaining peace over the long term.