Temple Mount activist, Yehuda Glick, was elected to the Knesset and already there are concerns about World War III.

Glick got shot up and almost murdered in 2014 for the temerity to suggest that non-Muslims – even Jews – should be allowed to pray at the holiest site of the Jewish people.

Writing in the Times of Israel, Marissa Newman tells us:

Although Israel has repeatedly reassured the Palestinians and Arab states that it will not alter the status quo at the flashpoint site, Glick is confident he will find allies in the Knesset to support his cause.

And asked whether he would tone down his lobbying if asked to do so for security reasons, he said there would be “no reasoning” behind such a request and maintained: “I will continue advocating.”

I think that I am going to call the guy up and thank him for his bravery and essential human decency.

If there is one issue that genuinely pisses me off it is Israeli policy concerning the Temple Mount. How is it possible that someone like Moshe Dayan could be so naive as to think that handing over the holiest site of the Jewish people to Arabs would somehow placate them?

It did the exact opposite as should have been entirely predictable.

Instead of being grateful to the Jewish people for their generosity, the Arabs use the Temple Mount as a club and Israel allows this despite the fact that it need not do so.

They have even made it a rule that no member of the Knesset shall be allowed to go up there.

I do not know what to say. The stupidity is just breathtaking.

By preventing non-Muslims from praying on the Temple Mount Israel sends a message to the world that Jerusalem is not really a Jewish town. Maintaining the “status quo” is the same as maintaining the idea that Jerusalem actually belongs to the Arabs and, therefore, Jews are nothing more than land thieves.

If Jewish people think that we stole land from others and if they think that we should not even be allowed to pray at the site of the Temples then what is the point of Israel? I understand that much of the rabbinate, for theological reasons, believe that Jews should not go up to the Holy of Holies, period, but that is not the point.

The point is the question of Jewish sovereignty.

Some critics warn that new MK Glick, a symbol of sought-for change at the Temple Mount, could spell trouble.

“Yehuda Glick’s joining the Knesset would create even more pressure on the government to change the status quo arrangements on the Temple Mount,” said Dr. Motti Inbari, an associate professor of religion at UNC Pembroke and expert on the Jewish Temple Mount movements, speaking days before Glick was sworn in. “I am doubtful that he can change anything, but the two appointments of [presumptive defense minister Avigdor] Liberman and Glick send a message of a harder line by the Israeli government, and I will not be surprised if the Muslims would see it a provocation against them and counterreact.

In my opinion, Israel should actually and honestly be provocative.

The truth, of course, is that the very last thing that Israel has been on this question is provocative. On the contrary, when it comes to the Temple Mount Israel does little more than cringe.

Instead of doing the right thing in regards the Temple Mount, which is to say democratize it, successive Israeli governments prefer to bow to the irrational demands of their tormentors. Instead of standing up for its own alleged values, Israel allows Muslim bigots to decide who may, or who may not, be allowed to pray on a bit of land within the ancient capital of the Jewish people. 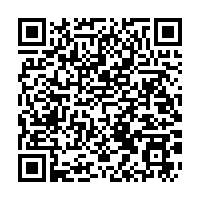