Emotions are always at their highest in Israel at this time of year, as we gather our collective courage for the annual Yom HaShoa and Yom HaZikaron ceremonies held throughout the nation.
These events are certainly a unifying force for the country – who among our people has not suffered some loss, either at the hands of the Nazis or our contemporary adversaries? – yet they also engender no small amount of friction and in-fighting. It might be the ongoing scandal of how vast amounts of money collected on behalf of Holocaust survivors, both locally and internationally, is maddeningly not distributed; it may be the rancorous debate over the large segments of young people who do not serve in the army or national service, or even the controversy regarding the text of the short Yizkor memorial prayer read at the national ceremonies, which deletes the mention of God, referencing instead only “the Jewish nation.”

This year, sadly, we were all witness to a very uncomfortable, even ugly confrontation between leading members of the government and bereaved parents of IDF soldiers killed or captured in Operation Protective Edge. The parents, strengthened by a decidedly critical State Comptroller’s Report, accused the IDF and the Prime Minister of gross misconduct during the campaign, and neglect of the bereaved after the war. Leah Goldin, mother of slain soldier Hadar Goldin – whose body, along with that of Oron Shaul, is still being held by Hamas – went so far as to declare, “You have turned us into enemies of the State.”


As a bereaved father, I sympathize with all the families that have paid the ultimate price, whose grief will never end, whose personal scar of battle can never fully heal. I accept that the army and the government are far from perfect.

They sometimes make mistakes in the heat of battle which result in our precious children being hurt, or killed. They are reluctant to acknowledge their faults, which hinders them from avoiding future errors. And they are not averse to “playing politics” with the emotions of the survivors.

But let us be crystal-clear on one thing: Israel is NOT our enemy. Along with the Almighty and the Torah, Israel – faults and all – is our protector, our refuge, our collective dream and our national soul. The State, admittedly a work in progress, is the long-awaited answer to a billion prayers by millions of Jews for two thousand years. It is the antidote to Holocausts and pogroms and Inquisitions, and the prophetic portal for the ingathering of the exiles and the ultimate Redemption of our people.

The enemy? Those are the cruel, barbaric terrorists who surround us on all sides, and all their ignorant and/or evil supporters worldwide.

The Arabs who declare eternal Jihad against us; the Muslims who regard us as infidels squatting on stolen land; the anti-Semites of the world – including, alas, more than a few renegade Jews – who defame and demonize us in an unbroken, unholy tradition of prejudice.

Rather than point our emotional canons at the nation which nourishes us, let us channel our energy in two very different directions. First, towards rooting out our enemies. Let us strike the terrorists before they strike us, preemptively destroying their ability to harm us so that we will not have to engage in yet another all-out war. Let us insist that those who DO attack us be given maximum punishment – if not the death penalty, than at least prison terms with no possibility of parole or pardon. Let us refuse to even consider releasing terrorists with blood on their hands, as we so foolishly did in the Shalit fiasco, which has only resulted in an avalanche of more grief. Let us stop insanely supplying our sworn enemies of Hamas with daily shipments of food, electricity, building supplies, etc, until they return the bodies of our sainted soldiers. Each time there is a terror attack, let us take money earmarked for the Palestinians and give it directly to the families affected, and let us assist – rather than obstruct – victims of terror in suing those who harmed them, in every possible court of law. And as for those convicted murderers currently on a hunger strike? To paraphrase Marie Antoinette, let them eat….nothing! Let them starve; it’s a far milder punishment than what they really deserve; the world will be much better off without them.

At the same time, let us connect to our fellow Jews and Israelis, strengthening our bond with them. We, the bereaved, must demonstrate that our tragedy has not destroyed our trust in God, in Israel and in our determination to go on living productive lives that advance our personal and communal welfare. Let us dispel the darkness that continually shadows us by producing acts of light; by building schools and synagogues, dedicating Sifrei Torah, endowing scholarships, helping the poor and vulnerable find their way to respectability, all in the memory of our lost sons and daughters.

Let us reserve our rancor and hate for those who perpetrate the atrocities; but for our countrymen, let us show only love. 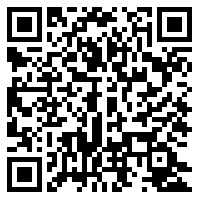