At the Bat Yam restaurant where Nidal Amar worked, they claimed not to have known that their employee, who ultimately abducted and murdered IDF soldier Tomer Hazan, was an illegal migrant. That defense, though, wasn’t enough to spare them some angry demonstrations.

Yet those demonstrations should have targeted Yitzhak Aharonovich, the minister in charge of the Israel Prison Service, or else Prime Minister Netanyahu, who oversees the ISA.


Nidal, you see, had paid a visit to his brother Nur a-Din in jail. There, speaking freely, the brothers coordinated the abduction. According to the indictment, Nur al-Din Amar, who in 2003 was imprisoned in Hadarim Prison for planning and participating in terrorist attacks, told his brother during that meeting: “I want Gilad Schalit II. Kidnap an IDF soldier, and if you need to, kill him—just get me out.”

Why didn’t the IPS monitor that conversation?

How is it possible that such a friendly meet-up—resulting in the briefing and dispatch of terrorists on a mission to murder—took place in the middle of a prison? And why didn’t the IPS pick up on the message sent via Best Wishes and a Song, a PA television program dedicated to terrorists in jail? It’s no secret that a good part of those “best wishes” are actually coded references to illicit activity. In this instance, the chilling news was delivered with the words, “The family is fine, and the calf will soon be caged.”

This week, while studying the website of the ISA, Almagor researcher Eliyahu Nissim unearthed a scandalous document: an official agreement between the state and imprisoned terrorist leaders, signed at the conclusion of a brief, system-wide hunger strike.

To be clear: this is an official document on a government website in which terrorists—“security prisoners”—receive official recognition from the State of Israel. No longer are they murderers and criminals to be prevented from forming organized groups. Now they are a group of POWs from an enemy army, led by their commanders, to be treated in accordance with the Geneva Convention. Instead of being treated as common criminals (or worse), they receive autonomy within the prison walls and easements that those imprisoned on criminal charges do not enjoy.

True, the agreement includes an absolute commitment by the prisoners to cease any and all terrorist activity occurring within Israeli jails. But that commitment didn’t help Tomer Hazan when he was strangled to death.

The agreement goes on to stipulate clearly that it would be null and void were any terrorist attacks to be directed from jail. Yet despite the murder of Tomer Hazan, the easements stand: visitation, time spent in the company of other terrorists, social and cultural activities.

Clearly the Netanyahu government, which specializes in freeing terrorists from jail, simply gave in to the imprisoned terrorists instead of breaking their hunger strike.

IT DOESN’T NEED TO BE THIS WAY

Israel didn’t always fold and surrender when confronted by jailed terrorists. In August 2004, terrorists in Israeli jails, including famous ones such as Barghouti, initiated a comprehensive hunger strike. They understood from experience that they could defeat Israeli decision-makers by staging such a strike and manipulating public opinion and the media. Two times prior to that, in 1987 and 1992, hunger strikes had ended with improved conditions and far-reaching easements.

What the terrorists did not understand is that there now were different officials in charge, first and foremost Yaakov Ganot, a man of action and himself a terror victim, who had begun to impose order.

The new arrangements he had put in place didn’t suit the terrorists. They demanded, for instance, that their confiscated cell phones be returned to them. (The IPS and ISA, which knew precisely what they did with those phones, opposed the demand.) Ganot also began restricting the access of the lawyers who would come for daily visits with their imprisoned clients, with many serving as couriers to the terrorist organizations outside the prison walls.

Against that backdrop, Dr. Aryeh Bachrach, a bereaved father and Almagor activist, was invited to attend a secret meeting with senior security officers. They asked him to pressure officials in the administration and the Knesset, and to mount a media campaign.

By the next day, we had been granted a meeting with IPS Commissioner Ganot. We arrived at the meeting accompanied by a number of bereaved mothers, and presented our demand: not to give in to the terrorists. Ganot teared up and, with obvious emotion, summoned to the meeting all the senior officers on the floor. As a commander, he understood that they needed the bereaved parents’ support, a shot of motivation to hold fast against their adversaries.

The IPS proceeded to go about its work with decisiveness and daring, coming up with new, creative ideas to solve problems. Hidden cameras caught Barghouti voraciously breaking his hunger strike in his cell. Other security prisoners, who had worked hard to convince their friends to do without food, also gave in to hunger and had what to eat.

The strike came to an end. The terrorists gained nothing.

Today, though, when the Palestinians shrewdly manipulate the media and the legal system in the best tradition of their terrorist organizations, Israeli officialdom prefers simply to surrender. 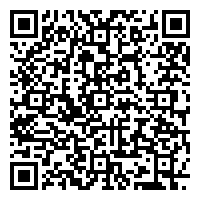