Living on the Mount of Olives has its perks. Sure, we have crazy traffic every Monday and Thursday mornings because of Kotel Bar Mitzvas, and no, we don’t have any nearby grocery stores so we have to stock up on big weekly shopping trips.

But there is nothing like lighting the Chanukia right across from the Temple Mount.

When I prepare my oil candles, I look over to the place that the first and second Temples stood, and I remember the fight which the Maccabees fought against the Syrian Greeks, and the Hebrew military/cultural victory which was broadcast when the Menorah was lit in purity once again. I also remember how almost three-hundred years later the Romans would sack the Temple overcoming the Great Revolt. And I remember how Bar Kochba and Rabbi Akiva fomented yet another revolution against mighty Rome only 60 years later, and took back Jerusalem for three more years before the final destruction of the Second Commonwealth.

From my window, the jewel Temple Mount is adorned by a golden crown. To the west, I see the Beit Knesset HaChurva, twice destroyed by Arabs – the second time being blown up with dynamite by the Jordanians in 1948. Now, once again, the great dome of the Churva stands tall and glorious atop the Old City. Even more to the west, I see the walls of ancient Jerusalem as rebuilt by Suleiman the Magnificent about 500 years ago. I even see the Leonardo Plaza hotel reminding me that there is a modern western Jerusalem as well.

To the east of the Temple Mount I see the continuation of my mountain – the Mount of Olives – the mountain of Jewish History. The voices of the massive cemetery answer ‘Amen’ as I light the Chanukia. Voices like the Prophet Zecharia who foresaw the rebuilding of the Third Temple, voices like Israel’s youngest fallen soldier: ten year old, private Nissim Gini, who is buried in a mass grave along with 47 other defenders of the Old City as it fell to the Jordanian legion in 1948. Voices like Rav Kook, Rav Goren, and even Eliezer Ben Yehuda who dedicated their lives to the birth of the Third Jewish commonwealth in the Land of Israel. They all answer ‘Amen’ as I light the Chanukia with my wife and children in the construction site know as Jerusalem.

Yet there are other voices, loud voices, that I hear, or am forced to hear, as I light the oil candles. These are the voices of the Fatah club right underneath my balcony. “Allah HuAkbar” is not a friendly invitation to serve God in the Holy City. No, the meaning behind that call is that in the name of God, Jewish sovereignty is to be snuffed out, and if I and my children are in the way, then we are to be snuffed out as well. The chant is meant to energize the adherents and strike fear into victims. But as I look unto the Fatah club through the light of Chankiah, I am filled with the determination of the Maccabees that we shall prevail over these forces of darkness.

And then there is the Temple Mount itself. In the misty night, the well placed lights illuminate the Golden Dome. On the one hand I am happy that at least the Temple Mount is respected with a memorable edifice. On the other hand, that very structure appears in every anti-Israel Jihadist propaganda. Indeed, as my friend Alex pointed out to me, our holiest place is the seed of greatest hate against us. Ironic.

Tears come down as I ponder the history of the self-sacrifice that this place engenders in our people. But I am heartened that we are part of a long chain of history, and that long chain will eventually lead, as promised, to victory. That victory will not mean subjugation of people, or the abrogation of freedom. It will mean the subjugation of evil men, and the abrogation of tyranny. Isn’t that what Chanukah is all about? 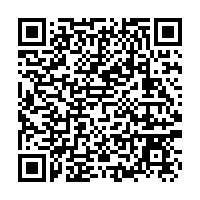