Moreover, there was never any chance the United States would let Israel “attack” Iran.

In a Huffington Post article by Steven Strauss, the author quotes Netanyahu:

“‘I believe that we can now say that Israel has reached childhood’s end, that it has matured enough to begin approaching a state of self-reliance… We are going to achieve economic independence [from the United States].’ Israeli Prime Minister Benjamin Netanyahu to a Joint Session of the United States Congress – Washington D.C., July 10, 1996 (Source: Israeli Ministry of Foreign Affairs).”

Unfortunately, today, almost 20 years later, this is not a fair statement to quote. Strauss continues: “In 1997, Israel received $3.1 billion in aid from the U.S. In 2012, Israel was still receiving $3.1 billion annually in U.S. aid.”

This, however, is not an appropriate comparison today. Let us look at the current situation: Egypt will receive $2 billion in U.S. aid; Saudi Arabia will receive military aid as well as the anti-Asad Syrian rebels; Turkey will receive billions of dollars and probably military equipment. Moreover, the United States and Europe will also reach out to Iran, and Hizballah and Syria will receive aid from Iran. In addition, the Palestinians have not made the least bit of commitment on a two-state solution. In other words, only Israel would lose. And this is the childhood’s end?

Strauss further notes, “Israel has become an affluent and developed country that can afford to pay for its own defense.” But the point is that other hostile countries will be receiving more while Israel will get the same amount.

He continues, “… Israel has a well developed economy in other ways.” But again, Israel will be placed at much more of a disadvantage.

The article’s claim, “Other countries/programs could better use this aid money,” does not state the reality.

“Even domestically, the aid that goes to Israel could be useful. Detroit is bankrupt, and our Congress is cutting back on food stamps, and making other painful budget cuts.” Again, the United States does not face an immediate threat from its neighbors, while Israel does. Moreover, this is shockingly implying that Israel is stealing money from poor people in the United States.

In other words, this is not equivalent.

“Israel and the United States have increasingly different visions about the future of the Middle East.” But again, so what? This is absolutely irrelevant.

“A major (bipartisan) goal of the United States has been the two-state solution to the Israeli-Palestinian conflict.” Once again, this is a policy that is impossible, but the United States is going to try to force it on Israel anyway.

Note that the less security the United States and the West provide to Israel, the more difficult it makes it to secure or promote a desirable two-state solution. Strauss adds, “However, the current Israeli government is clearly not committed to the U.S. vision, and has done everything possible to sabotage American efforts.”

The problem with this last point is that the Palestinians have always tried to sabotage this. If this concept hasn’t gotten across in a quarter century, I can’t imagine when it will get across.

The current Israeli government has tried for many years to achieve a two-state solution and has made many concessions. And if Kerry can’t take Israel’s side on this issue, then I can’t imagine how decades of U.S. policy has been carried out. To say that the Israeli government is not committed is a fully hostile statement.

This claims Israeli settlement and not Palestinian intransigence has blocked the peace process.

Note that the author of this article has “distinguished” credentials: “Steven Strauss is an adjunct lecturer in public policy at Harvard’s Kennedy School of Government.”

Yet if this is what the U.S. government understands, it will end badly. Moreover, the issue of Iran and nuclear weapons is not the important point; rather, it is the transformation of the U.S. Middle East position that is significant. I do not believe there is any chance Iran will use nuclear weapons. The problem is that this is reversal of the U.S. policy. In other words, it is like going back to 1948 and opposing partition.

Finally, what this is all about is money and greed. Many European countries are drooling about the money to be made. For example, Vittorio Da Rold writes (Il Sole 24 ore), “Italian SMEs are hoping for a rapid agreement on the Iranian nuclear issue in order to return as soon as possible to trade without limits with Tehran and the rich Iranian market in hopes of finding new markets in a time when the European market flirts with deflation.” 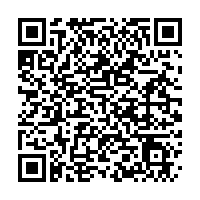