Israel went to sleep last night under hazy skies and awoke with a much clearer, yet still developing forecast.

While many in the opposition like to refer to Benjamin Netanyahu as a dictator, no one, not even the extreme left, can ignore the fact that Likud won the election through a democratic process. Netanyahu, with the support of a majority of seats garnered by the collection of right wing parties, will therefore be forming the next coalition government. Unlike the atmosphere in the United States after their last presidential election, Israelis, who are extremely passionate about their politics, will respect the election process and continue going about their daily routine… until the next round of elections.

The people have indeed spoken and much was said quite ardently. Though many felt it was time to have a fresh face sitting in the Prime Minister’s seat, and hence, the seemingly popularity of Gantz’s Blue and White party, at the end of the day, the majority of Israelis trusted Benyamin Netanyahu to be the only candidate worthy of the position of prime minister. And with the potential barrage of legal indictments, his election victory is even more astonishing.

It wasn’t so much a contest between the left and the right as it was a contest between Gantz and Netanyahu. A good number among the national sector voted for Gantz, believing that he’s a centrist, while at the same time, hoping to see a new face in the prime minister’s seat. A vote for Gantz was not necessarily a vote for leftist ideology. As election day approached, however, Benny Gantz’s  initial lead over Netanyahu declined and the majority of the electorate opted for substance rather than an unproven entity who failed to present a clear formula of what his Blue and White party stood for.

To be sure, no one could offer up an alternative candidate to Netanyahu with the ability to master foreign diplomacy the way he can. His political understanding and shrewdness, and his vast experience – in addition to his sound economic policies that saved Israel from the effects of global recession, could not be effectively challenged.

In fact, those who voted for the parties within the national religious Zionist bloc wanted Bibi to win over Gantz. People who voted for Yamin Hachadash and Union of Right-wing Parties, for example, felt that Bibi needed strong motivating forces in his coalition in order to pursue stronger policies of deterrence.

Bibi/Likud ran under the banner of “yamin chazak”, strong right, however, he is more like the “strong status quo” in terms of security and policies of deterrence, often hesitating to take definitive steps against Israel’s daily terrorist threats without foreign approval.

Unfortunately, by breaking off from Bayit Yehudi to form their own party, Yamin Hachadash, Naftali Bennett and Ayelet Shaked gambled poorly. Not only did they not pass the threshold to obtain any Knesset mandates (unless they pull out a last minute army/embassy vote surprise), precluding them from being part of the next government, their action also reduced the amount of mandates that Bayit Yehudi would have likely attained had they not split from the party. Bennett and Shaked reasoned that their effectiveness had become stymied within Bayit Yehudi and hoped to unite secular and religious Zionists with their new party. However, no one can deny the negative fallout from their decision.

The major players in the next coalition will be the ultra-Orthodox, guaranteeing a status quo of the power and stringency of the Rabbinate, the Religious Council and Rabbinate of Jerusalem. A serious effort to have the Chareidim serve in the army will be completely off the table.

But the biggest loser, is Israel’s deterrence. Stronger policies of deterrence were key to Bennett’s desire to have the defense portfolio in order to carry out his agenda for better security against the daily terror attacks Israelis encounter. Likewise, he was determined to implement a definitive plan to triumph over Hamas in Gaza, and not simply to maintain the status quo, as is Netanyahu’s approach.

The bottom line is that Netanyahu is a skillful and talented prime minister and will maintain his position in spite of any deficiencies, one being his unwillingness to secure a definitive victory over the continuous terrorist threat from Hamas and the Palestinian Authority.

The future seems sunny, although with a good chance of precipitation. 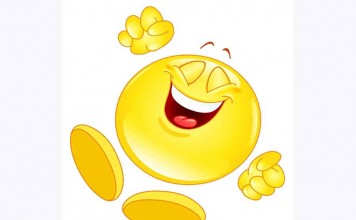 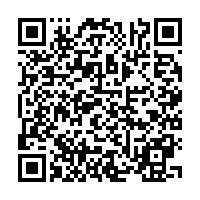