9:36 AM The counting of the double envelopes have been completed. The official results will be released later in the day, but it appears that Bennett-Shaked did not pass the electoral threshold, missing 1380 votes to pass. Some members of his party are already demanding a recount.

Bennett declared that he is praying to God and will fight for each vote.

The seat between UTJ and Meretz is still up in the air. At the moment, the numbers may be in UTJ’s favor. UTJ claims that 2100 of their votes were counted in Labor’s favor.

In which case, the distribution might be as follows:

That gives the right 65 seats.

8:41 AM Amit Segal (Channel 12) says that it doesn’t appear at the moment that the New Right (Bennett and Shaked) are passing the electoral threshold. The official Election website still has them passing.

Meretz may have also gained one seat at the expense of UTJ.

The following may be the new seat distributions:

That gives the right 64 seats.

7:45 AM There is massive confusion at the moment as to whether or not Bennett and Shaked have passed the electoral threshold. Since the counting began after the elections, the Election Committee site has had bad data in their site, which supposedly was fixed yesterday.

Now there are claims, that some of the data being reported is still incorrect, and that the New Right is short 1400 votes required to pass. Amotz Shapira of Reshet Bet says that we’re talking about a handful of votes this way or that.

The counting is nearly complete.

The dramatic change comes after counting the “double envelope” ballots of soldiers, policemen, diplomats and jailed citizens, and other exceptions who don’t vote in their home ballot station.

There are still more double envelope votes to count, and no official announcement has been made yet, and they are sitting right on the cusp, but there is a very good change they will cross the finish line and be in the next Knesset.

There is also a chance they could end up a few votes short too, and don’t pass, as the final ballots are counted.

If the vote is really close to passing, there may even have to be a recount.

If they pass, they will have 4 seats, and there will be a redistribution of those 4 seats from the other parties. Gantz-Lapid’s Blue and White will lose 2 seats, United Right will lose 1 seat, and UTJ loses a seat. 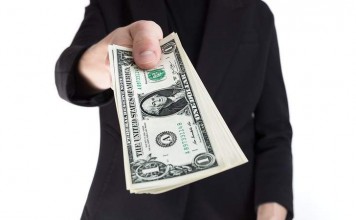