Home InDepth Op-Eds Israeli Left Versus Rabbinic Freedom Of Speech
Share on Facebook
Tweet on Twitter
In recent days, one of the most important domestic controversies in Israel has revolved around rabbinic opinions. The media are representing this as a great debate over “racism.” In reality, it is a great debate over freedom of speech and the rights of Israelis to express opinions disliked by its increasingly anti-democratic Left.
The ruckus began when a few dozen Israeli rabbis issued a call for Israeli Jews not rent or sell real estate to Arabs in predominantly Jewish neighborhoods. The background to their call had to do with growing tensions and even violence in several towns, such as Carmiel and Safed, where significant numbers of Arabs have moved into predominantly Jewish neighborhoods.
By and large, the rabbis who signed the statement were not prominent or well-known halachic authorities. Their statement carried neither the weight of civic law nor the authority of a religious decree. The rabbis essentially were expressing an opinion. It might be an opinion you find objectionable, but in democracies people are supposed to be free to say objectionable things.
Prime Minister Netanyahu denounced the rabbis who signed the statement. But unlike most of the Israeli Left, he did not demand they be stripped of their freedom of speech. Among others who spoke out against those rabbis were three of Israel’s most respected haredi rabbis – Rabbi Yosef Shalom Elyashiv, Rabbi Aharon Leib Shteinman and Rabbi Ovadia Yosef. They were joined in their opposition by other leading haredi rabbis and even by rabbis living in the West Bank. Following Rabbi Elyashiv’s criticism, at least five of the signatories withdrew their support from the statement.
But Israel’s anti-democratic Left did not limit itself to expressing disagreement with or condemnation of the opinions contained in the statement of the rabbis. The Israeli Left was almost unanimous in insisting the rabbis be stripped of their rights to express controversial opinions altogether. Arabs and far leftists in Israel can cheer on Arab terrorists who murder Jews and can demand Israel’s obliteration; that is protected speech. Tenured radicals at the universities can call for Israel to be annihilated and can support worldwide anti-Israel boycotts; that, too, is protected speech. But in the Left’s worldview, rabbis expressing an opinion with which most Israelis probably disagree are not entitled to the same freedom of expression.
Several representatives of the far-left Meretz Party petitioned the attorney general to indict the rabbis as criminals. They were joined in that call by a number of Israeli leftist academics, journalists, and public figures.
The Association for Civil Rights in Israel (ACRI) – which has never missed a chance to overlook infringements of the freedom of expression of non-leftists in Israel – denounced the rabbis who signed the statement and called on the prime minister to take punitive action against them. Israel’s minority affairs minister, Avishay Braverman, asked the justice minister to begin the process of immediate suspension of one of the signers, Rabbi Shmuel Eliyahu, from his post as municipal rabbi of Safed. (Earlier this year, Braverman demanded that Jews spend Yom Kippur atoning for their “oppression” of Arabs.)
Arab Knesset Member Ahmed Tibi took time off from cheering on jihad to denounce the rabbis who had signed the statement as “racists.” He has never gotten around to denouncing as racists any terrorists who murder Jews or Arab arsonists who set forest fires.
Spokesmen for the Yad Vashem Holocaust Museum, suddenly seized by an attack of political correctness, released a statement condemning the rabbis’ letter, calling it “a severe blow to the basic values of our lives as Jews and people living in a democratic country.” These same folks have never issued a statement condemning those who demand East Jerusalem be kept judenrein.
It’s one thing to disagree with what some rabbis say, and quite another to demand they be indicted as felons for expressing their opinions. Once again, as has happened so often in Israel, expression of non-leftist opinion is being criminalized, and leftists are attempting to use the police and courts to silence their political adversaries. Prosecution has become the favored response of choice by leftists incapable of convincing the Israeli public of the merits of their ideas.
I don’t think a single one of those demanding that the rabbis signing the statement be prosecuted has ever spoken out against the summary execution by the Palestinian Authority of Arabs who dare sell their property to Jews. Not a single leftist wringing his hands over the supposed racism in the statement of the rabbis condemned the recent death threats against young Kochav Segal Halevi, a Jew who purchased an apartment in the Arab town of Iblin (not far from Haifa).

Steven Plaut, a frequent contributor to The Jewish Press, is a professor at the University of Haifa. His book “The Scout” is available at Amazon.com. He can be contacted at steveneplaut@yahoo.com. 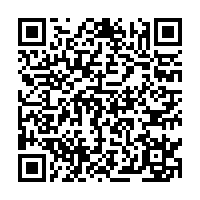